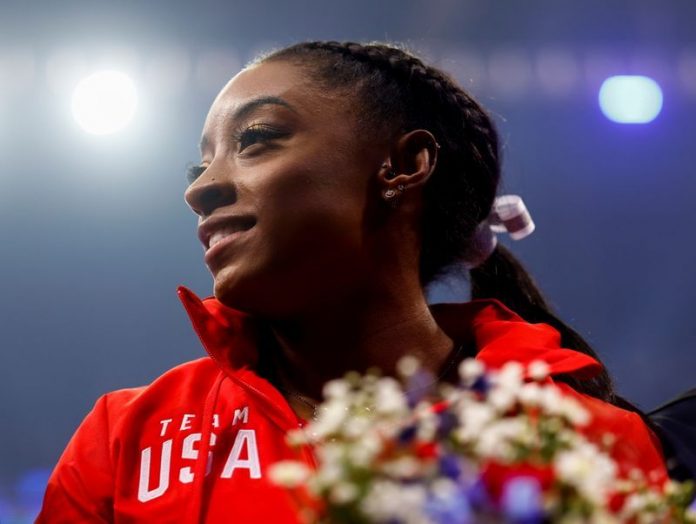 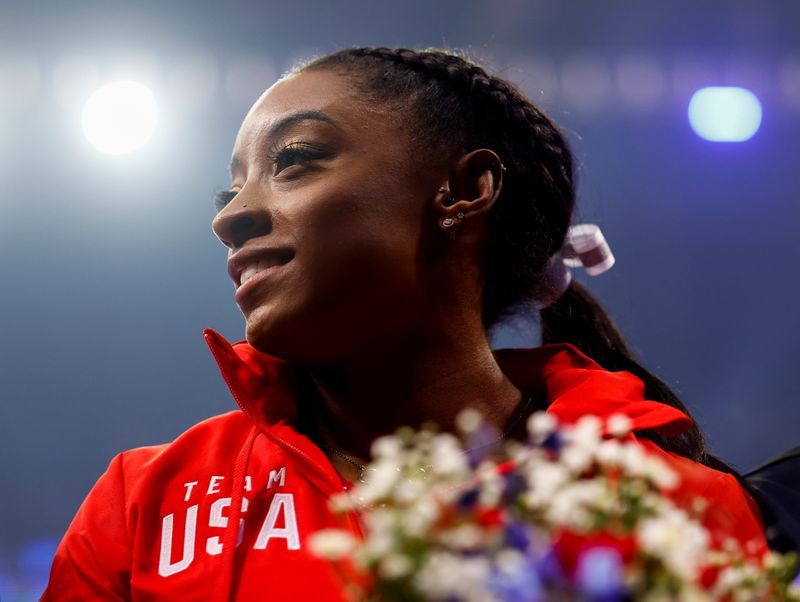 TOKYO (Reuters) – Olympic all-around champion Simone Biles said the gymnast she most wants to beat in Tokyo is herself and that she is excited about trying things in the sport that were once “unimaginable”.

The 24-year-old has won a record 25 world championship medals, 19 of which are gold, and has won every all-around competition she has contested since 2013.

She also won four gold medals, and a bronze, at the Rio Games and is fully expected to add to that tally in Tokyo.

“And so now I’m doing things that were unimaginable to the sport, and even for myself, and it’s honestly crazy but I’m really excited because I feel like I’ve pushed my limits.”

Earlier this year Biles became the first woman to land a Yurchenko double-pike vault in competition.

Biles, who over the weekend confessed to being bored as she moved from her hotel room to practices under strict coronavirus protocols, on Monday posted a triumphant photo showing her and a team mate in front of a wall at the Olympic Village in Tokyo.

One of the alternate gymnasts on the U.S. women’s team tested positive for the coronavirus on Monday and another alternate was determined to be a close contact, USA Gymnastics said in a statement on Monday, but the rest of the team was continuing to prepare for the Games.

The Tokyo gymnastics competition gets underway on July 24 with the men’s qualification round, and the women’s competition starts a day later.

Landslides kill at least 15 in Mumbai after heavy rains

How smart sensors can help us care for our houseplants