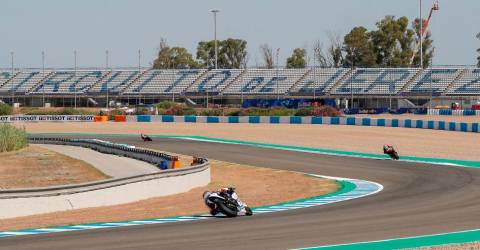 KUALA LUMPUR: National Moto2 ace Hafizh Syahrin Abdullah gave it “my best” and it was enough to earn a sixth placing out of 23 riders in the Spanish Grand Prix Motorcycle Championships at the Jerez Circuit today.

“The race this time was quite intense and difficult for everyone. Anyway, I did my best.

“I’ve lost this ‘feeling’ for a long time, so I am grateful that I managed to finish sixth.

“I want to thank my team for their help and I will do my best in the next race,” Hafizh Syahrin said via a short video after the race.

Up next for Hafizh Syahrin is the Andalusia GP, which has been scheduled to be held at the same circuit next week. – Bernama