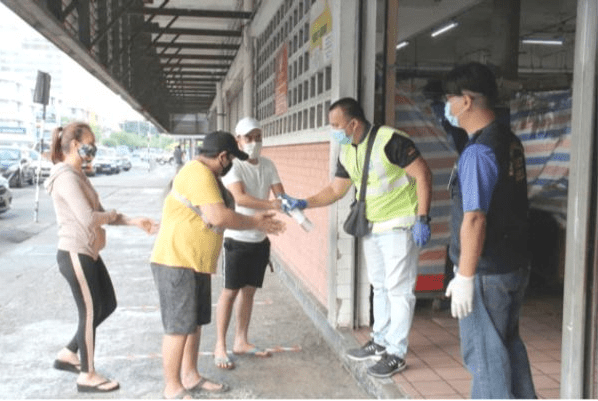 KOTA KINABALU: Residents in Kota Kinabalu has called on City Hall to emulate the initiative taken by the Penampang District Council in setting up a sanitiser box at its Donggongon General Market. “Why don’t City Hall also apply the same method and install a sanitiser box at the State Capital’s general market which has bigger concentration of people,” said one resident. They said although City Hall’s efforts to spray disinfectant around the city centre is commendable, there is still room for improvement.

“Officers advising the Mayor should step up their game, instead of sticking to the same routine of spraying disinfectant here and there,” they said. As of April 8, Kota Kinabalu has a total of 35 Covid-19 positive cases.