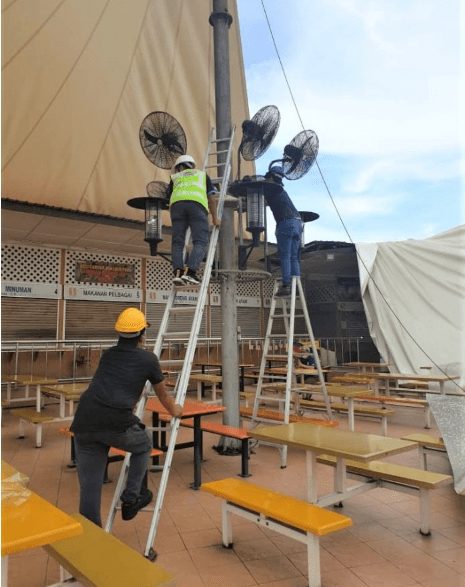 KUCHING: Medan Niaga Permaidani will be repaired after the movement control order (MCO) has been lifted.

According to the general manager of Sarawak State Economic Development Corporation Sarawak (SEDC Sarawak), Abdul Hadi Datuk Abdul Kadir, the roof of the hawker centres was damaged but could not be repaired immediately due to the MCO.

“The centre is still closed in adherence to the movement restriction order,” said Abdul Hadi.

According to him, the “tensioned roof membrane” of Medan Niaga Permaidani Kampung Boyan, Kampung Gersik and Kampung Sourabaya (BGS) in Petra Jaya was damaged by a powerful storm on April 6. SEDC Sarawak took down the whole roof on the same day and completed the on the next day.

The lights and fans were also removed to protect them from inclement weather.

The hawker centre was established in 2009 and has been popular among local and foreign visitors who like the wide array of local delicacies offered by 34 food stalls.