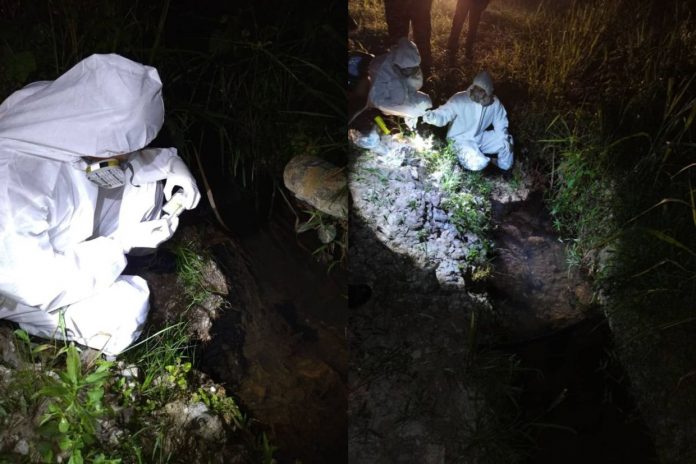 KULAI: A leak from a 1,000-litre tank at a storage warehouse here has caused chemicals to flow into a nearby river.

He said 21 firefighters and a hazardous materials (Hazmat) unit were sent to the scene.

“There were 30 units of 1,000l tanks in the storage facility, all containing alkaline substances and one of the tanks sprung a leak.

He added that two people who were staying near the river suffered nausea and vomiting.

“The situation was put under control and the surroundings are now safe. The operation ended at 2.33am Sunday. We have also put up three layers of blockades to prevent the chemical substances from flowing into the river,” he said.

Bahtiar added that a report has been sent to the Johor Environment Department for the follow-up actions.