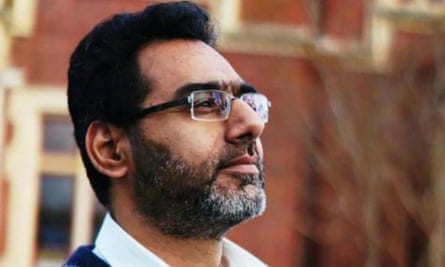 At first, Ambreen Naeem’s five-year-old son didn’t understand what had happened to his father and older brother when they did not return home from Friday prayers.

“I had to tell him that his father and Talha were very brave but that they were not coming home,” said a statement from Naeem, 45, that was read in the Christchurch high court on Tuesday during the sentencing of Brenton Tarrant, the Australian terrorist who murdered her husband and eldest son and 49 others. “I told him that they were in a better place because they had been so good and so brave.”

When an official account of the 15 March 2019 terrorist attack on two Christchurch mosques was read aloud in a courtroom on Monday, it was entirely devoid of sentiment. The names of those gunned down, the place they fell, and where the bullets had entered their bodies were detailed; sometimes one by one – when the precise facts of their deaths were known – and sometimes in lists of dozens.

But even in the emotionless prose, some stories stood out: as the gunman, a self-professed white supremacist, lifted his weapon in the prayer room of Al Noor to fire on a group of worshipers huddled together as they tried to get through a single exit door in the corner of the room, Naeem Rashid, 51, a teacher, ran at the killer.

“He worked hard to be part of a civilised society that is developed by like-minded people,” the statement from Naeem, his wife, said. Her husband had taught students from different backgrounds and religions, she added. “He never discriminated against any race or religion so it is hard to understand why the terrorist chose any reason to kill him and so many other people.”

On Tuesday, Naeem stood composed and resolute alongside a police liaison officer who read her statement. She is one dozens bereaved or hurt in Tarrant’s attack to catalogue in court the devastating effects of his actions on them. After they have had their say – a process expected to take until Thursday – the judge will decide whether the gunman should ever leave jail. If not, he would be the first person in New Zealand sentenced to life without parole.

“Since my husband and son passed away I have never had a proper normal sleep. I don’t think I ever will. That is why his punishment should continue forever,” Naeem’s statement read. She added that no one had stopped the Australian man from visiting the mosque. “He was greeted with ‘Hello, brother’ when he entered.”

Monday’s police statement recounted how Rashid, a “supportive, kind, considerate” man who has taught his sons to ride bikes, was shot at point blank range as he threw himself at Tarrant, 29, sending the gunman down on one knee. The statement reads simply: “Mr Rashid’s actions allowed a number of other worshippers to escape.”

Rashid was later pronounced dead where he fell. But that had only been half of Naeem’s loss; her son, Talha Naeem died too. In the police statement, his name is seventh in a long list of those also killed. She was one of 30 women widowed in the attacks.

“I am scared to go for a walk because his evil actions might have inspired others to take the same actions,” her statement read. “I cannot go freely for a walk in this free society.”

In March this year, the Guardian visited Naeem at home in a pretty, leafy suburb of Christchurch where learner-driver plates fixed to her car gave a sense of how her life had changed from a year earlier. Shortly after her husband’s death, Naeem had said she planned to learn to drive.

It was a different home to the one where she had lived before the shootings; the happy memories of the old one had been too much to cope with, but she liked to imagine another family being happy there.

She is now a single mother to 21-year-old and six-year-old sons, rushing home from English classes before her youngest child arrives home from school.

Talha, her eldest son who was killed at Al Noor, was due to be married when he died, she told the Guardian. He was a mountain biker who woke up early to see the sun rise and recited the Koran while driving the family to nearby towns on their summer holidays.

He and his father had both been blood donors, she added. “Any good thing that they could do, they would do that.”

When she thought of the gunman, her statement in court read on Tuesday, “I think of the biggest loser”.

Tarrant, who has mostly sat blank-faced and impassive as his victims’ have addressed him, appeared to acknowledge the comment with a smile, the news outlet Stuff reported. The gunman has met eye contact offered by his victims, but has rarely reacted to their words.

The killer, who abruptly pleaded guilty in March, fired his lawyers last month. He will be allowed to make his own submissions about the length of his sentence before the judge makes his decision, raising fears the gunman will use the court as a platform for his extremist views.

“He tried to scare us, but he targeted the most positive people,” Naeem said. “He has made us stronger and more positive. Because of this, we will be even better.”