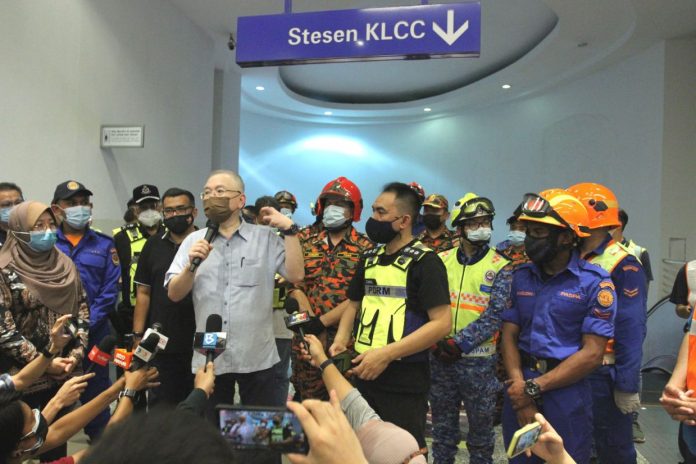 FOR Tarrance Tan, many times, WFH (work from home) is not an option. Tan is a journalist and frontliner.

“Some days, I can work from home. But there are days I have no choice and have to go out for assignment, ” said the 29-year-old Star Media Group journalist.

For example, he covered a court case involving fugitive businessman Nicky Liow at the Petaling Jaya Sessions Court. He was among nearly 20 media practitioners with Liow’s family members and police officers waiting at the corridor of the court from 10am to 4pm.

“It was difficult to observe physical distancing because of the crowd lounging in the corridor. I was really worried about getting Covid-19. “Every five minutes, I sanitised my hands. I felt paranoid. I wouldn’t have dared to breathe if I wasn’t wearing a face mask, ” he said.

As frontliners, journalists have to cover events that require double face masks, which is 95% effective in preventing Covid-19 infections. The most recent event was the collision of two Light Rail Transit (LRT) trains near the KLCC LRT station on May 24.

Media practitioners covering the breaking news were at risk as ground zero was a hive of activity.

Tan is worried about the “media cluster”. He is getting reports of journalists becoming statistics of the daily Covid-19 cases.

One of the first reports was of a journalist getting infected while covering the snap Sabah polls last year. But the irony is, the many cases involving media practitioners are not reported in the media.

Tan and about 5,800 media personnel have been on needles on pins for their much-awaited vaccination appointments.

In April, Khairy Jamaluddin, the coordinating minister for the National Covid-19 Immunisation Programme, had said journalists would receive the jab in May.

That did not happen.

On Monday (May 31), Khairy said the names of 5,867 media practitioners had been sent for checks and handed appointments in early June.

“I’ll only believe it when I’m jabbed, ” a senior journalist told me when I forwarded her the news.

The National Union of Journalists Malaysia (NUJ) president Farah Marshita Abdul Patah said: “We’re sad and disappointed that journalists need to wait this long before we are told again that we will get the vaccines in the near future.”

“Yet so far, we’re not informed of the mechanism, process of selection or the dates of vaccines, ” she said.

“So far, YB KJ is the only one communicating with us, but his hands are full. We’re expecting KKM (Ministry of Health) to play a more active role, but we’re left to fend for ourselves up until now.”

The media is listed as an essential service. We are the ones disseminating information, and yet we are not treated as essential.

How to Make a Multi Vendor Ecommerce Website with WordPress

China: How is its zero-Covid strategy changing?