Hong Kong singer-actor Nicholas Tse, 41, was in the news recently for saying he’s renouncing his Canadian citizenship to become a Chinese citizen.

One reason for this decision is probably due to his many business ties in China.

The Young And Dangerous: The Prequel actor has been a savvy businessman since in his 20s – he started a post-production company when he was just 23 years old.

His other entrepreneurial ventures include in the food industry via his own restaurant and food brand, Chef Nic.

In a report by a Taiwanese magazine last year, Tse has a net worth of more than NT$4bil (RM589mil).

A new report by Hong Kong media reveals that the Live Viva singer has become even wealthier – he’s earned over HK$56.6mil (RM30mil) in less than a year from dabbling in stock investment.

The report states that Tse, who is a shareholder of a Chinese sports brand since July 2016, bought over five million new shares with this company in October last year.

He is said to have spent HK$12.4mil (RM6.6mil) on this investment, despite stock analysts concluding it was a risky move especially since it came with a one-year lockup period. This means, Tse can’t sell the stocks he owns during this period.

As of Sept 17, and October just around the corner, Tse seems to have made the right move as the share is reportedly to have multiplied, allowing the celeb to pocket HK$56.6mil in book value. 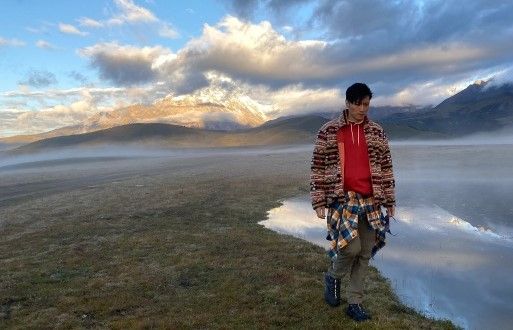 Is he contemplating what stocks to purchase next? Photo: Nicholas Tse/Weibo