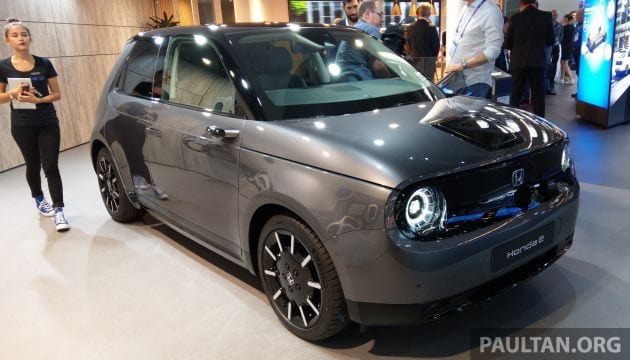 Honda, which has stated its intention to fully electrify its model line-up by 2040, says it is open to creating new alliances with other automakers to reduce development costs and speed up the process of electrification.

Sharing such costs would mean the ability to pour more resources into the associated technology than would otherwise be possible than going it alone, and would bring electric vehicles (EVs) to market in quicker fashion and ultimately, make them profitable, according to its new president and CEO, Toshihiro Mibe.

In a press briefing, Mibe – who was appointed to the position in February – said that the automaker isn’t adverse to forming partnerships, as Reuters reports. “If through an alliance Honda can accomplish early what it should aim to be, then we’d be willing to form an alliance. Building an alliance will become a huge direction in terms of increasing the number of electric vehicles, considering how electrification is not commercially feasible right now,” he said.

Mibe added that while EVs aren’t profitable presently, he expects EV prices of electric vehicles to drop rapidly once the products are out in the market, much in the same way home appliances have. He said that the company will take electrification as an opportunity to review its product lineup and to improve profitability.

The automaker is already working with General Motors to jointly develop two large battery-electric SUVs for the North American market, one of which is the Honda Prologue and the other, an as-yet-unnamed Acura model. Due in 2024, these will be underpinned by GM’s modular EV platform and utilise the American brand’s Ultium battery tech.

From the second half of the decade, the company will launch a series of new EV models that will be underpinned by its new e:Architecture global modular EV platform. This is expected to be used in a variety of body-styles ranging from crossovers to sedans.

The electric path isn’t the only route the company will take – it has said it will remain proactive in promoting the utilisation of hydrogen and fuel cell systems by expanding its FCV model lineup and also by using fuel cell systems for a wide range of applications, including commercial trucks as well as both stationary and movable power sources.

Spider-Man swings by with special treat for children

Public servant and teen among 15 nabbed for partying