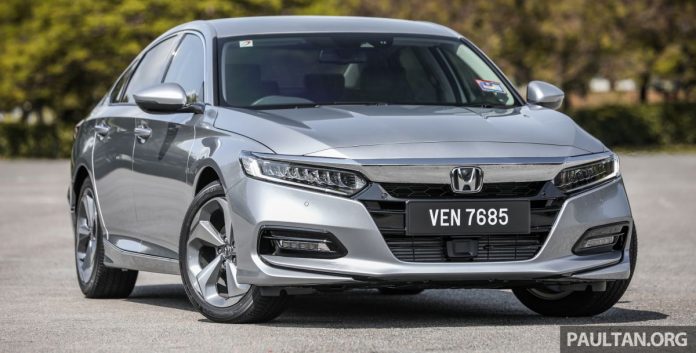 Another month, another set of fresh deals from the carmakers. This month was supposed to be the final month for sales tax exemption – which was already extended by half a year at the end of 2020 – but the government has decided to further extend the SST waiver by another six months – the new deadline is December 31, 2021.

So, there’s no need to make a dash to the dealerships (which are all closed except for after sales during the FMCO period anyway), but if you’ve already decided on a new set of wheels, there’s no harm in pulling the trigger now, as there are additional deals from the car companies.

Honda’s “Macam-Macam Treats” promo for the month of June is offering up to RM5,000 of rebates on top of the SST savings, which by the way are 100% for Honda’s range as all the models you see here are CKD locally assembled in Melaka. All these deals are for cars manufactured in 2021 – fresh stock.

As for Honda’s volume-selling B-segment models, the City comes with a rebate of up to RM2,000 in April. That max rebate is for the mid-spec E, which seems to be the one always getting the biggest promos. The base S and top V get RM1,000 off. The range-topping hybrid City RS e:HEV is not included in this sales campaign.

Elsewhere, the ever-popular Honda Civic is yours for RM1,000 off (all three variants), while the still-on-sale third-generation Jazz gets a RM1,500 discount for all three variants. The latter is an outgoing model, and with its B-segment hatchback slot set to be filled by the City Hatchback, this could be the last call for one of the most practical hatchbacks of its kind ever designed.