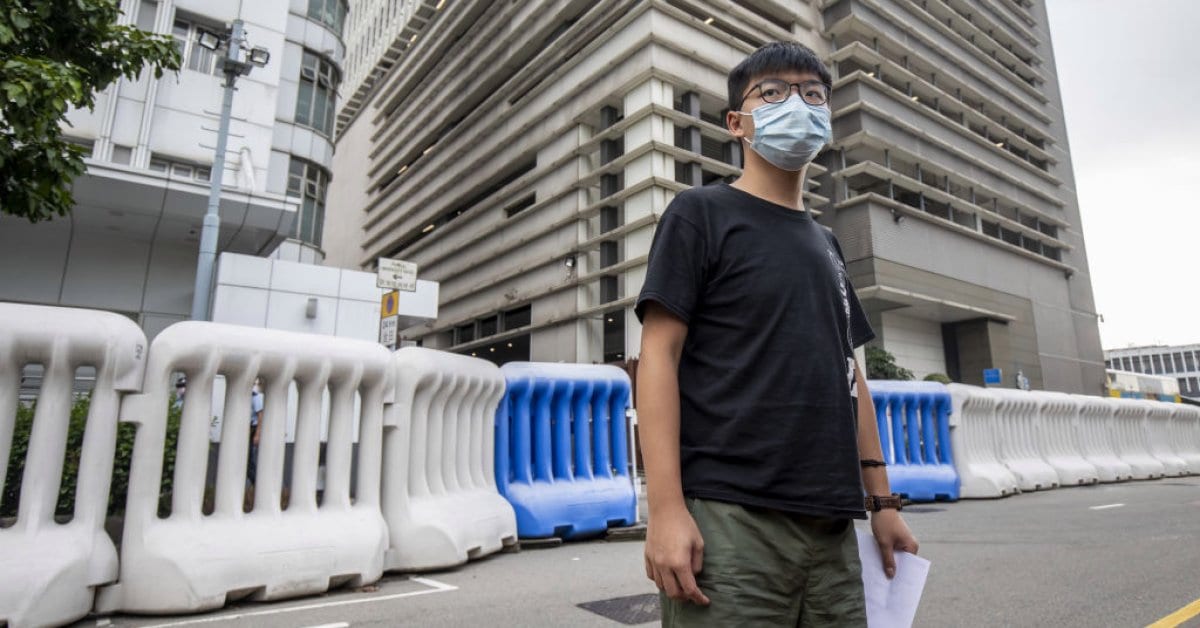 Wong tweeted that he was arrested when he reported to the semi-autonomous Chinese territory’s Central Police Station as part of a bail requirement.

He said he was also accused of violating a pre-coronavirus law banning the wearing of masks in public places on the pretext they obscure identity.

Wong told reporters after leaving the police station that it is the third case against him. He vowed to continue to resist.

Wong rose to prominence as a student leader during the 2014 Umbrella Movement protests for universal suffrage, and is among a growing number of activists being charged for various relatively minor offenses since Beijing imposed a sweeping national security law on the territory that has severely restricted political speech.

He played a low-key role in mostly leaderless and sometimes violent anti-government protests last year that led to Beijing imposing the security law. However, with Beijing’s encouragement, Hong Kong authorities have been pursuing charges against major opposition figures for illegal assembly and other minor infractions in what some call a campaign to harass and intimidate.