Hong Kong police have arrested two men in a crackdown on a four-year-old website that offered more than 30,000 illicit upskirt photos and videos for sale for as much as HK$400 (RM217) each.

One of the two suspects, a 36-year-old company director, was the alleged administrator of the website, which was set up in 2017 and boasted more than 50,000 members, according to acting superintendent Cheung Wai-ho of the force’s cybersecurity and technology crime bureau.

The other man, a 33-year-old cleaner, was allegedly recruited to film and take pictures up women’s skirts across the city and upload them to the website. Police arrested the two men on suspicion of conspiracy to outrage public decency, an offence that carries a maximum penalty of seven years in jail.

According to the force, the two suspects were accused of encouraging others to take such illicit photos and videos in locations such as the city’s railway network and shopping malls.

“They also claimed that their videos showed the faces of the female victims in an effort to boost sales and the popularity of the website,” Cheung said.

The investigation showed the illicit video clips were sold for between HK$200 (RM108) and HK$400 (RM217) each. Officers are still investigating how many photos and videos have been sold via the website. 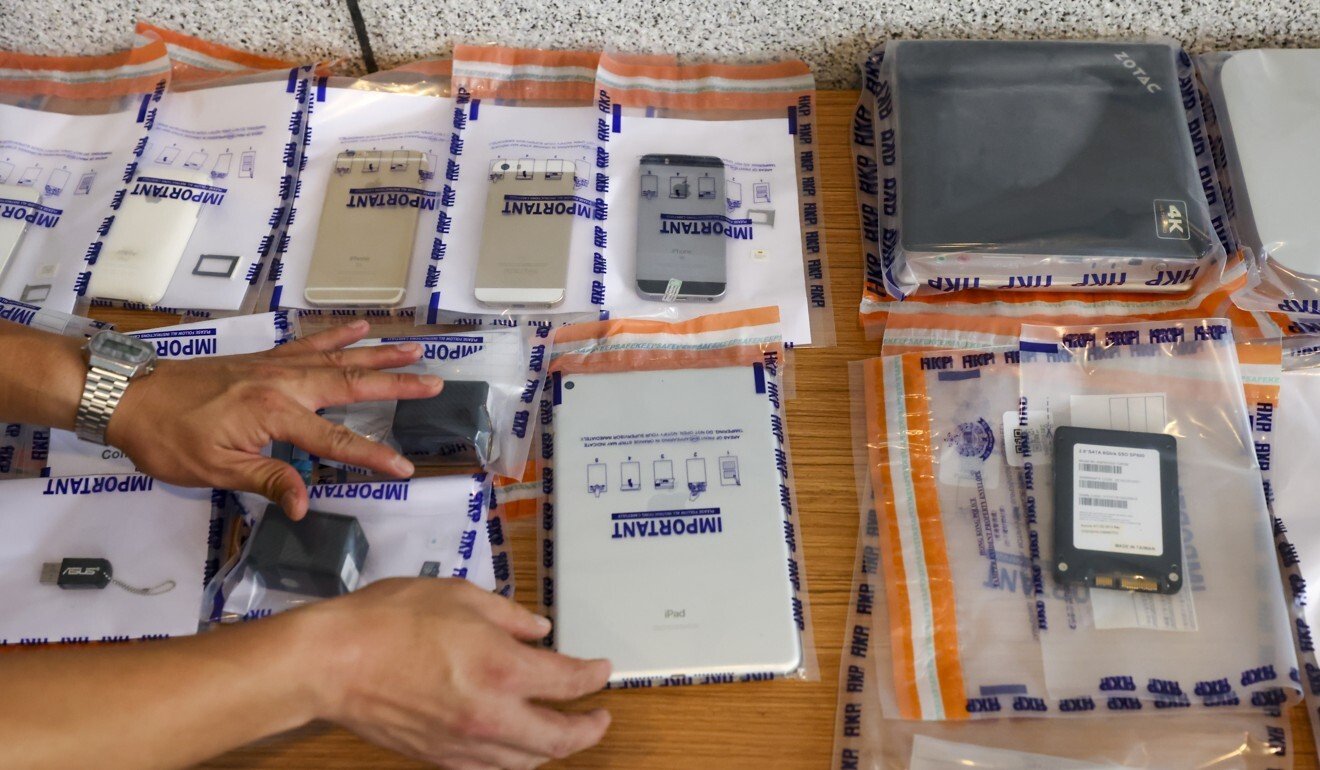 Police said a designated bank account was used to collect money from buyers, and the cash was used to buy point cards for an online game that were then sold on the internet for cash.

“This tactic [to launder the proceeds of a crime] was an attempt to make the police investigation more difficult,” the acting superintendent said.

After an in-depth investigation, police picked up the two men in Hung Hom and Sha Tin last Friday.

“In one of the computers, we found more than 30,000 related photos and videos,” Hui said.

The senior inspector said the operation was ongoing and more arrests were possible.

Hui reminded members of the public that taking illicit photos or videos in public might constitute offences such as loitering, disorder in a public place and outraging public decency.

She also warned circulating such materials on the internet could be a breach of the Control of Obscene and Indecent Articles Ordinance, an offence that carries a maximum penalty of three years in jail and a HK$1mil (RM543,488) fine.

“The cyber world is not a lawless place and police will continue to gather intelligence to combat illegal activities,” Hui said.

Malaysian Parliament to witness more transformations as it turns 62

Toyota RAV4 Prime – orders frozen in Japan due to supply chain bottleneck and...