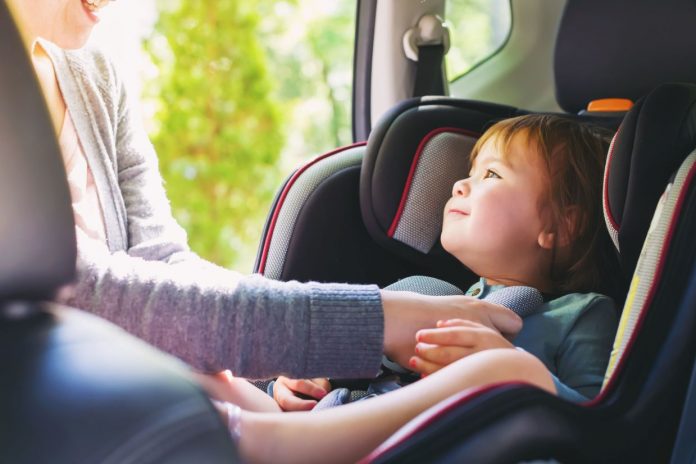 STATEN ISLAND: As the weather warms, child and pet safety advocates are reminding motorists of the dangers of hot cars.

On Wednesday, KidsAndCars.org, an organisation dedicated to educating the public on the risks of leaving children alone in a vehicle, partnered with leading animal rights organisation PETA to launch a new social media campaign warning drivers about the dangers of leaving a child or pet unattended in the car during the hot, summer months.

The organisations will participate in a social media blitz using the hashtag #HotCarsKill to raise awareness about the issue on Facebook, Twitter, Instagram and other online platforms.

From 1990 to 2020, an estimated 993 children have lost their lives due to a heatstroke while left unattended in a hot vehicle, an average of over 30 children each year, according to KidsAndCars.org.

“We truly value our partnership with PETA because no one should ever lose a loved one in a hot car. This new campaign is vital and much appreciated because we all need to work together to ensure children or pets are never left alone in a vehicle,” said Janette Fennell, president of Kids and Car Safety.

Meanwhile, in the past year alone, PETA has reported at least 32 pet deaths as a result of car-induced heat strokes, a number the organisation says does not represent the true magnitude of the issue, with many of these such incidents going unreported.

“Temperatures inside a parked car soar to dangerous heights in just minutes, so even a ‘quick errand’ can turn deadly for a dog or a child locked inside,” said PETA President Ingrid Newkirk.

“With the hottest days of summer on the way, PETA is ready with all the tips people need to step in and prevent these heartbreaking tragedies.”

Children and dogs are at an increased risk of succumbing to the heat during the warm summer months due to their inability to regulate body temperature at the same level as adults, according to the organisations.

The organisations are using the campaign as means of advocating for passage of the Hot Cars Act of 2021, which would legally require all new cars to be equipped with a rear seat detection system that would automatically issue an alert to remind drivers of backseat occupants when exiting the vehicle.

During last year’s legislative session, the bill passed in the House of Representatives, but failed to pass the Senate.

Earlier this year, the Federal Communications Commission’s (FCC) Office of Engineering and Technology granted a half dozen waivers to automakers and equipment manufacturers allowing the production and installation of this new in-vehicle radar-based technology, paving the way for widespread implementation of the life-saving technology.

And although the Hot Cars Act has yet to be passed, by 2025, nearly every new vehicle in the country is expected to include a Rear Seat Reminder System.

In September 2019, the Association of Global Automakers and the Alliance of Automobile Manufacturers, whose members account for nearly 100% of automobile sales within the United States, jointly agreed to install a rear seat reminder system in all new vehicles by Model Year 2025, if not sooner.

Follow these tips to keep your children and pets safe.

— Never leave a child or pet unattended in a vehicle.

— Teach children that a car is not a play area.

— Always lock the car, and never give children keys or remote entry devices.

— Make “look before you lock” a routine when getting out of the car.