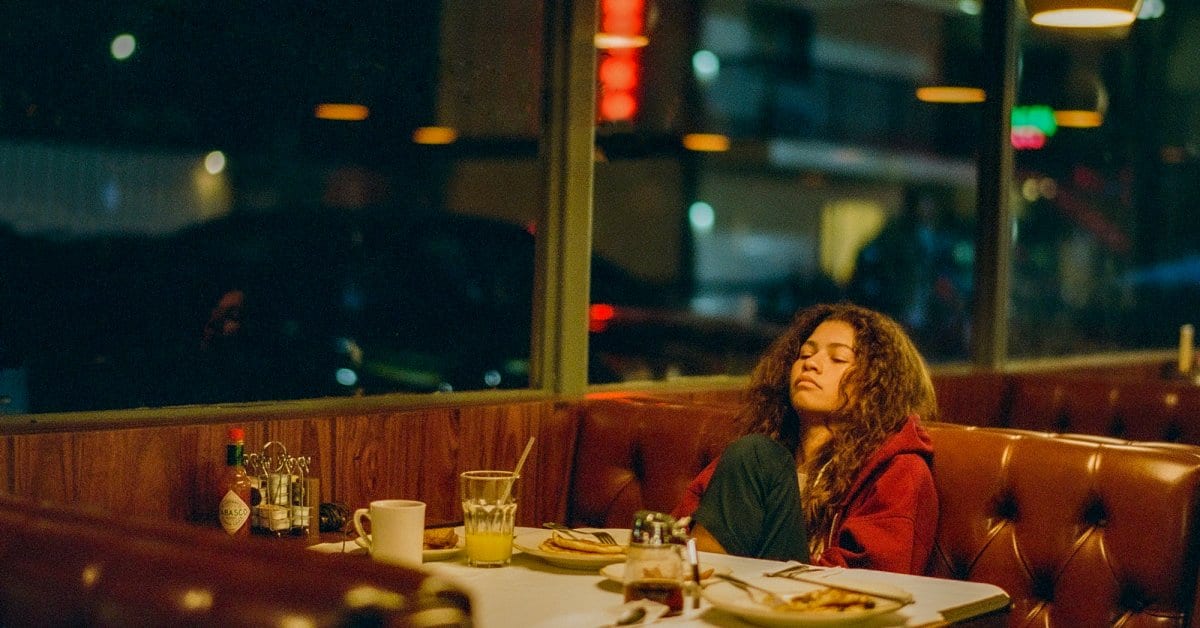 In Euphoria, the dark drama series that returns to HBO for a two-part special this weekend, the characters face challenges far more adult than you might expect for group of cool teens. Narrated by Rue (played by Zendaya), a 17-year-old who’s struggling with addiction, the show from creator Sam Levinson has generated plenty of controversy for its portrayal of sex, drugs, violence and porn in the lives of high schoolers. Despite this notoriety, the highly stylized series has also become a cultural touchpoint for the trademark freedom and fluidity embodied in its depiction of Gen Z—nowhere more apparent than in the characters’ fashion and beauty choices. 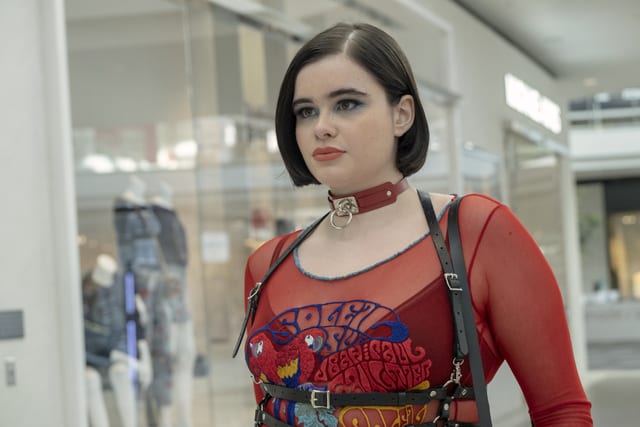 Meanwhile, Rue—a role for which Zendaya recently took home an Emmy—often flouts gender norms, opting for androgynous, psychedelic streetwear and later donning a tuxedo to dress up as Leonardo DiCaprio’s Jack from Titanic for Halloween.

A perfect storm of cultural changes

For Darnell-Jamal Lisby, a fashion historian and curator, Euphoria’s fashion symbolizes the experimental spirit of Gen Z. “When I see Gen Z, they are risk takers,” he says. “They’re putting it all out there. They have this unabashed confidence to be their truest selves in terms of their sexuality, in terms of their gender identity. If they want to be a little more ‘provocative,’ they’re going to do it.” 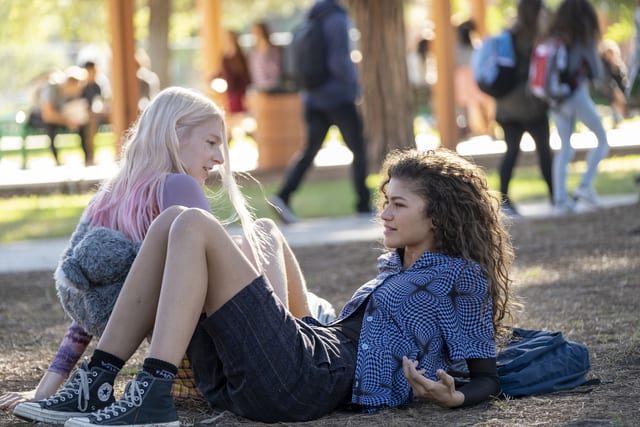 This sense of freedom, arguably more audacious than that of any previous generation, is the result of a perfect storm of cultural changes. According a 2020 Pew study, Gen Z is the most racially and ethnically diverse generation yet and the generation most comfortable with gender non-conformity. Corey Seemiller, the author of Generation Z: A Century in the Making, says these realities are pivotal to Gen Z’s embrace of fluidity.

“They look at older generations who created and lived in a binary world and they’re seeing that it doesn’t work,” Seemiller says. “They are the most racially diverse generation in US history and are incredibly diverse in a range of other identities, like being the children of same-sex parents to DREAMERS and DACA students trying to go to college. So instead of being something you program for or hire for, diversity is just who they are.”

Coming of age in a digital world

They’re also the first generation to be “digital natives,” with most having grown up in a world dominated by smartphones, the Internet and social media. This access to information is most clearly seen in the nostalgic sartorial references to the past that the teens of Euphoria (and, IRL, on TikTok and Instagram) make regularly. Case in point? An episode that features a Halloween party where the precocious high schoolers don costumes that run the gamut from Jodie Foster’s teenage prostitute Iris in Taxi Driver to Thana, the revenge killer dressed as a nun, from Abel Ferrara’s obscure exploitation film Ms. 45. 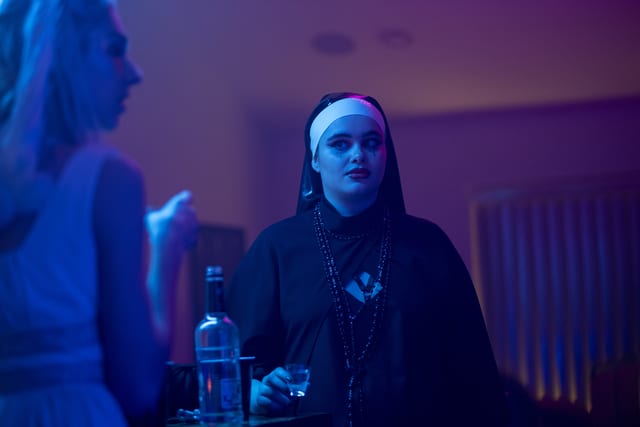 Gen Z’s ample interest in the styles of the past may not just stem from the wealth of information at their fingertips, but also from their ability to access the past in a more tangible way, from streaming old shows and movies to buying vintage clothing through platforms like online shopping. However, Lisby emphasizes that it’s probably social media that plays the biggest part in shaping the current fashion choices of Gen Z.

“Social media plays the most essential role in what kind of person they want to be as well as what they want to dress as,” he says. “I think when it comes to how the characters in Euphoria dress, it’s really a direct reflection. The beauty about it is that this generation is seeing a lot of these references online—it’s like a blessing and a curse, where they take a little bit and then they subvert it into something that fits them, but sometimes [context and history] gets lost.”

The Internet’s influence has also played an outsize role in the over-the-top beauty on the show, which has influenced red carpet trends, corporate makeup trends and runway shows. Euphoria‘s makeup department head Doniella Davy says she draws inspiration for the show’s unique beauty looks, like dramatic under-eye glitter that resembles tears and neon eyeliner, from real-life teens and social media. She adds that the fast-paced nature of the Internet combined with Gen Z’s willingness to experiment mean that there’s even more opportunity for Gen Z to create. 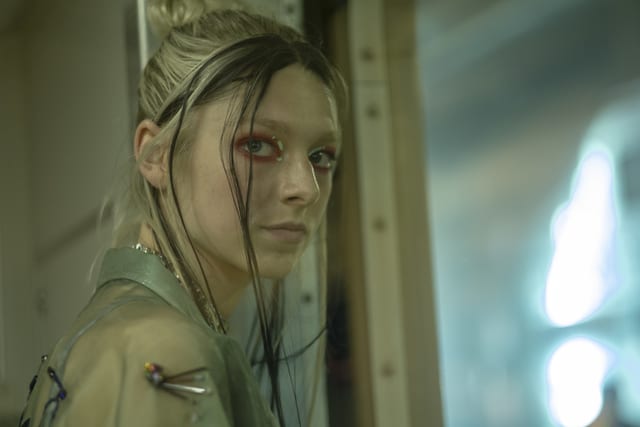 “Our society is still brimming with antiquated beauty, makeup and gender norms, and Gen Z’s unapologetic approach to self expression works to dismantle these norms in a more widespread way than ever before, because of the constant flow of self broadcasting that is social media,” Davy says. “Ideas can spread so quickly, and Instagram and TikTok, especially TikTok, are rooted in the practice of mimicking and recreating your own version of an idea or trend, whether that be a 30-second dance, makeup tutorial or series of self-empowerment mantras.”

The self-expression of one soon becomes a trend among many, in other words. “Basically, once Gen Z decides to be passionate about something,” says Davy, “it spreads like wildfire.”

10 worst airports in the US for flight cancellations

How will the FIFA ethics committee act in Infantino case?