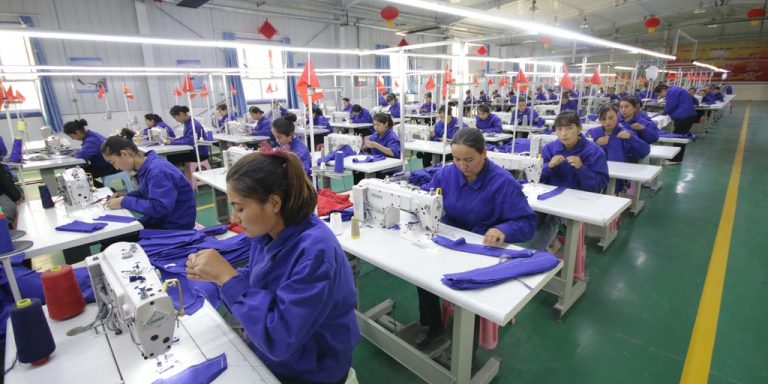 LONDON, United Kingdom — The fashion industry is facing mounting scrutiny over the treatment of workers in its supply chains, but the risk of serious abuses is getting worse, according to a new report published Friday by risk consultancy Verisk Maplecroft.

The annual Modern Slavery Index ranks the risk of forced labour around the world. Its findings are based on the strength of countries’ laws against modern slavery, their implementation and enforcement, and the number and severity of violations.

China, India, Bangladesh, Vietnam, Cambodia, Myanmar and Indonesia have all hit their worst global rankings since 2017, this year’s report found. China, Bangladesh and India, the world’s first-, second-, and fourth-largest garment exporters in the world, are all now rated extreme risk. 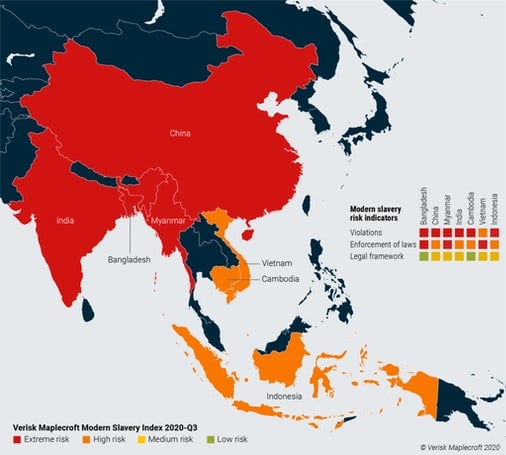 Issues of forced labour, people trafficking and other forms of forced labour are long-standing in fashion’s opaque and complex supply chains, but Covid-19 has intensified the risk. It’s increased pressure on factories, stalled on-the-ground inspections of facilities and pushed even more workers into the informal economy.

“Despite tight regulation and legislation in certain countries, for example, Bangladesh, it [isn’t] too out of the norm to see third-party suppliers or subcontractors employing workers from the informal sector,” said Sofia Nazalya, human rights analyst at Verisk Maplecroft. “In the time of Covid-19, when people are facing unemployment and underemployment, it’s this specific group that [is] most… at risk of facing forced labour and modern slavery.”

The findings are a stark warning for the industry, which is under mounting pressure from consumers to ensure ethical sourcing. Shares in ultra fast-fashion group Boohoo plummeted over the summer, amid an ongoing scandal over the treatment of workers in its supply chain.

Elsewhere, the industry has been caught up in international efforts to crack down on the alleged use of forced Uighur labour in the Xinjiang region of China. A February report by the Australian Strategic Policy Institute claimed that 83 named global brands used forced Uighur labour in their supply chains. According to the estimates of a coalition of more than 180 human rights groups, about one in five cotton products sold globally contain materials sourced from the region.

It’s a difficult issue for brands to tackle. Modern slavery, which refers more to involuntary terms of employment rather than physical working conditions such as sweatshops, can be hard to definitively trace and identify. The industry’s supply chains are notoriously opaque and convoluted, and many brands don’t have a clear view of where their products are made, let alone where the raw materials come from.

“With the apparel sector, we’re not only dealing with manufacturing but we’re also dealing with production of the soft commodities or raw materials, so that’s another layer to think about,” said Nazalya.

It’s a risk companies are going to have to find more effective ways to manage. “It’s going to be quite difficult to depend on government enforcement to essentially do the job that it’s meant to be doing,” said Nazalya. “Really, in these higher-risk or extreme-risk countries, the onus is on companies.”

Why Fashion ‘Slavery’ Is Making Headlines

Is Forced Uighur Labour in Your Supply Chain?