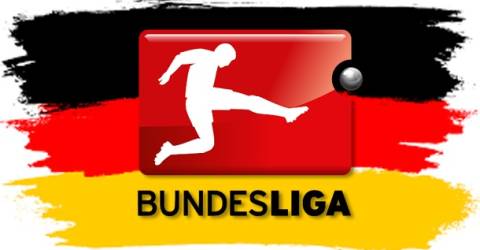 BERLIN: When Christian Seifert, chief executive of the German Football League (DFL), hands the Bundesliga trophy to Bayern Munich on Saturday, his gamble to restart football in Germany despite the coronavirus pandemic will have paid off.

Seifert will present the trophy to Bayern – champions for the eighth straight year – after their game at Wolfsburg when the league season finishes this weekend.

It was Seifert’s work behind the scenes – convincing politicians, the public and players alike – which enabled the Bundesliga to restart on May 16 and become the first top European league back in action following the shutdown.

“It was a massive challenge,” Seifert admitted at a recent media event.

He claimed “a third of clubs would have faced massive financial problems” had the season ended in March, forfeiting millions in television money.

With 56,000 jobs reliant on the league, “that was something worth fighting for. It was about securing the clubs and saving jobs.”

After a two-month hiatus due to COVID-19, the Bundesliga restart was marked by strict hygiene measures and stringent testing, with players’ calls echoing around empty grounds, in order to complete the nine remaining rounds.

It was a bold gamble by Seifert, after the DFL fought to convince players it was safe to return and win over a public sceptical about top-flight football resuming at a time when even playgrounds were closed.

A factor in Seifert’s favour was that the 36 clubs in Germany’s top two tiers pulled together quickly.

“We had the full support of the big clubs, Bayern Munich and Dortmund, but also the others,” he said.

“That put me in a very, very strong position when I spoke to top politicians and could make commitments with the league behind me.”

“We were very quick,” he said. “We halted the league and the next night I started planning at home.

“We started work on the 16th, making the first calls to set up a medical team capable of drawing up a protocol for the restart.”

At the end of April, the Bundesliga0’s medical guidelines were made public, the main fear being that an outbreak of the virus among players would abruptly end the season for good.

“We set up a network of laboratories throughout Germany, with almost military logistics, to make sure that nothing would go wrong,” Seifert explained.

However, the league’s plans faced internal and external resistance.

Players were concerned about the threat to their health, but the ultra-rigorous testing helped convince those who were worried that they would be safe to train and play.

Moreover, economic arguments quickly overcame the reluctance of those clubs struggling in the table who would have welcomed the premature ending of the season to avoid relegation.

However, the problems were more difficult to manage externally.

“We had to be honest and open. We had to fight against the fake news that we were diverting resources needed by the medical profession.”

Legions of fans were also unhappy about being locked out.

“We made it clear that if we didn’t play games behind closed doors then 10 to 15 clubs would file for bankruptcy sooner or later,” said Seifert.

“It was about drawing a bigger picture.”

However, the league’s restart could easily have failed had the players not been disciplined.

“They are young players who are used to being treated like superstars,” said Seifert.

“Telling them for eight weeks what they should or shouldn’t do was a challenge.

“They understood. Without them it wouldn’t have been possible.”

There were, however, nervous moments, especially when some players broke protocol by hugging to celebrate goals on the first weekend of the restart.

Seifert says the restart bid was supported by the German government, which managed to keep the death and infection rates down compared to other countries.

“We had the big advantage of the German medical system and infrastructure. The government, in my view, handled the situation very well,” he noted.

“I think we will return to normal in very slow steps,” he added.

“The iconic picture for me, to say we have really overcome the crisis, will be when we have sold-out stadiums in Germany again.

“At the moment, having 75,000 in a stadium without masks would look weird, but hopefully that moment will come again.” – AFP

How podcasts have become the perfect companion for drivers