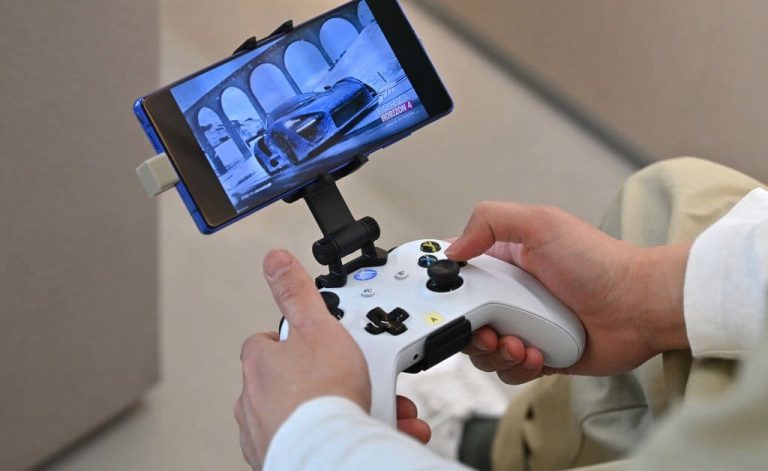 It’s been just a few weeks since the Microsoft Xbox Series S/X and Sony PlayStation 5 consoles hit store shelves, with people scrambling to pick up what little available stock there is before the holidays arrive. But said consoles are hundreds of dollars a pop, and right now they aren’t worth the price of admission considering how few next-gen titles are available.

So what’s a gamer with a slim wallet and a dream to play the latest games to do? Well, you can always stream the latest titles, including all those “next-gen” games.

With streaming services on the rise thanks to advances in broadband internet speeds, now is the time to look to game streaming as just another option, like video and music streaming. Whether you’re just itching to play the latest titles on your outdated laptop, or want to enjoy your own personal library on the go, there are multiple game streaming services to choose from, all catering to different needs.

A note about these streaming services, however. All will demand a certain minimum bandwidth to support streaming with low latency and a consistent resolution. But at higher speeds, and with services that support streaming in 4K, you’ve got another issue to worry about: data caps. Many ISPs have since suspended data cap limits during the COVID-19 pandemic, but some companies, like Comcast and AT&T, have since lifted their data cap suspension, meaning you’ll be paying extra for downloads once you reach your limit. (depending on your ISP, your cap could be anywhere from 150 gigabytes to 1.2 terabytes.) That can add up when streaming 4K content, which can use over double the amount of bandwidth it takes to stream media in 1080p.

If you’re an Xbox fan, or someone who wants to see what the fuss is about when it comes to console gaming, Game Pass and its higher-tier Game Pass Ultimate service might be for you.

Essentially a stream-friendly game library, Game Pass lets you use your Xbox, PC, or Android device as a screen for you to play select games from the entire Xbox lineup, including the original Xbox and new Xbox Series S/X games. From there you can connect an Xbox controller and game away.

Right now, the entire Game Pass library includes over 300 games to pick from, but like many streaming services, titles come and go. Game Pass Ultimate is the same, with games appearing and disappearing on a regular basis. While that ensures you’ll always have a selection of new games to choose from, it might mean watching your favorites go—but don’t worry, you can still buy individual games and play them whenever you please.

Nvidia’s GeForce Now, at $4.99 per month, is great for people who already have a library of PC games, or know they want to build one until they can buy their own computer for high-end gaming.

You’ll need to connect Nvidia GeForce Now to your game library, be it Steam, the Epic Games Store, or others. From there, you’ll install and play your game, as long as its one of the hundreds of supported titles. You can play using GeForce Now on any PC or Mac, as well as on devices like Android and iOS smartphones and Nvidia’s Shield TV streaming dongle.

Free GeForce Now users can get an hour of game streaming for free, but paid members can unlock unlimited session times and the graphical boost that is ray tracing, which improves visual fidelity.

With Google Stadia, you can stream using any device with a Google Chrome browser (like a PC or Chromebook), a Chromecast Ultra, or certain Android smartphones (you’ll need the official Stadia controller to play on your Chromecast Ultra). With an adequate connection, the streamed games run fairly smoothly.

Still, there are some downsides to having Google handle your games. Stadia doesn’t have a wide selection compared to services like Nvidia’s GeForce Now, and they’re pretty pricey if you’re not a $9.99-per-month Stadia Pro subscriber (Stadia Pro users can play a selection of available titles for free). In addition, advertised features like viewer-directed gameplay, picture-in-picture mode for coordinating with friends, and the ability to invite viewers to play along with you don’t work with the majority of Stadia titles, rendering them useless until developers add support for them.

Shadow lets you rent a PC

If you’re interested in getting into PC gaming, buying a high-end rig can be an expensive and cumbersome affair, but Shadow lets you get your hands on one digitally without dropping what could amount to thousands of dollars. Shadow sets you up with what amounts to your own high-end Windows 10 PC that lives in a cloud server. And it’s persistent, meaning whatever you install or download on that PC will be there when you get back.

Shadow lets you install games from whatever services you already use, including Steam, and works with your peripherals, like controllers. You can stream titles to basically any platform, including iOS, Android, Linux, Windows, MacOS, and Apple TV.

If you need all that power for something other than gaming, you can use your Shadow PC for tasks ranging from music production to image editing to doomscrolling, without worrying about losing your progress when you’re done for the day. It’s not cheap, starting at $11.99 per month, with higher tiers available for streaming 4K games. In addition, you’ll need a 15Mbit/s connection at the very least. But if you’re not into dropping a grand to play some good looking games, and don’t mind waiting a few days for your PC to get set up, it’s not a bad idea.