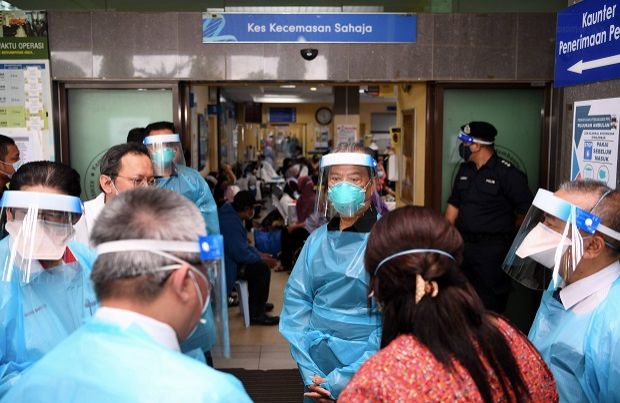 He said that patients were moved to the hospital’s daycare complex as the emergency and trauma department was full, adding that the complex has been converted into a ward.

Dr Zulkarnain had said this in a post on HTAR’s official Facebook page on Wednesday (July 14) in response to allegations that patients were moved to the daycare complex to create a picture that everything was cleared and under control.

Muhyiddin had visited HTAR in Klang on Tuesday, in what was his first public appearance since he was hospitalised in Kuala Lumpur for an infection of the digestive system.

Previously, there were reports of the dire Covid-19 situation at HTAR, with patients placed on beds outside the hospital’s Emergency Department due to overcrowding.

More resources have been pumped in to boost the hospital’s operations, with the Health Ministry sending 151 additional beds and MIC donating a container for bodies of deceased patients.