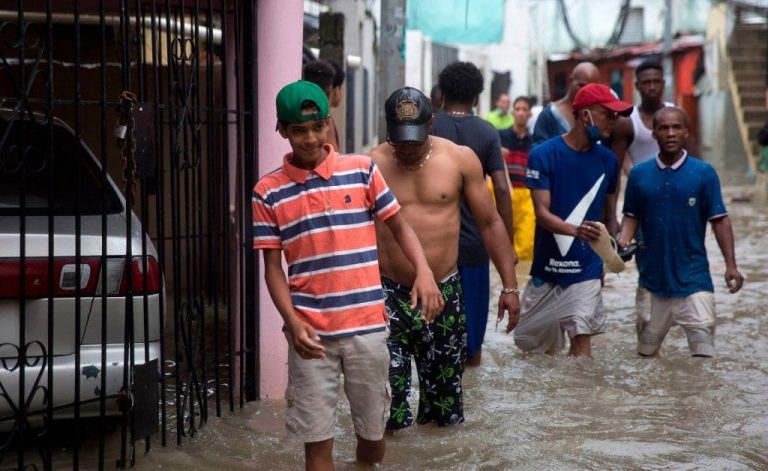 (PORT-AU-PRINCE, Haiti) — Marco became a hurricane over the Gulf of Mexico on Sunday on a path toward the Louisiana coast, while Tropical Storm Laura killed at least 11 people in the Dominican Republic and Haiti.

Laura moved over eastern Cuba late in the day, following a path likely to take it to the same part of the U.S. coast, also as a potential hurricane. It appeared the storms would not be hurricanes simultaneously — something that researchers say has never happened in the Gulf of Mexico at least since records began being kept in 1900.

The National Hurricane Center said Marco was about 180 miles (290 kilometers) south-southeast of the mouth of the Mississippi River on Sunday evening and heading north-northwest at 13 mph (20 kph), packing winds of 75 miles per hour (120 kph). The center warned of life-threatening storm surges and hurricane-force winds along the Gulf Coast. 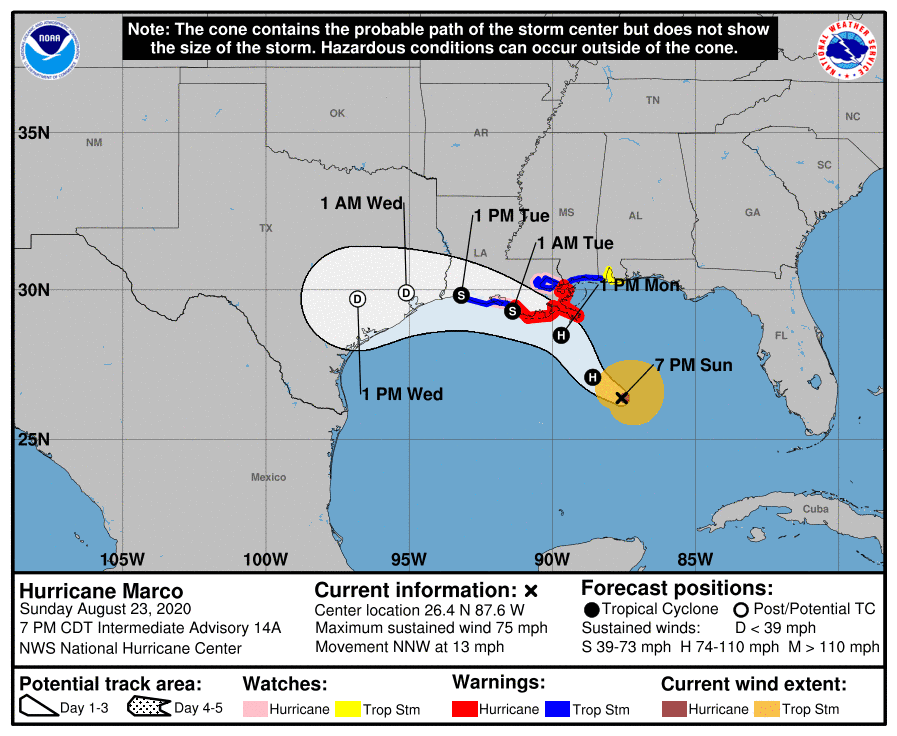 The National Hurricane Center said Marco was about 180 miles south-southeast of the mouth of the Mississippi River on Sunday evening and heading north-northwest at 13 mph.

Haitian civil protection officials said they had received reports that a 10-year-old girl was killed when a tree fell on a home in the southern coastal town of Anse-a-Pitres, on the border with the Dominican Republic. Haiti’s prime minister said at least eight other people died during the storm and two were missing. In the Dominican Republic, relatives told reporters a mother and her young son died after a wall collapsed on them.

Hundreds of thousands were without power in the Dominican Republic as both countries on the island of Hispaniola suffered heavy flooding.

A hurricane watch was issued for the New Orleans metro area, which Hurricane Katrina pummeled in August 2005.

Laura was centered about 30 miles (55 kilometers) west of Cuba’s eastern tip Sunday evening, and its maximum sustained winds were at 60 mph (95 kph). It was moving west-northwest at 21 mph (33 kph).

It was forecast to move over Cuba on Sunday night or Monday. 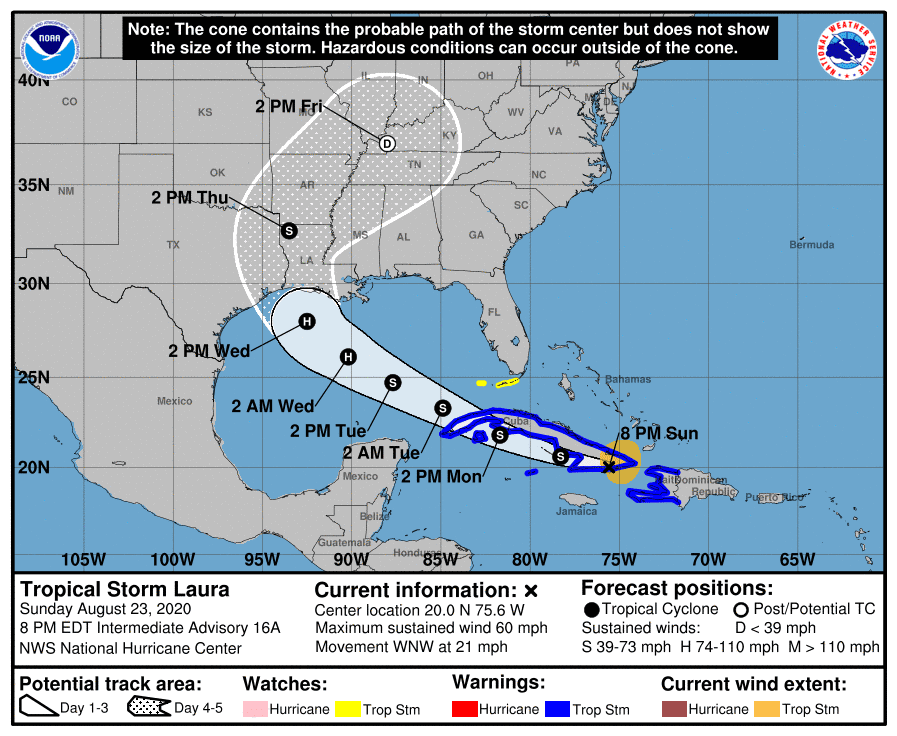 Tropical Storm Laura was centered about 30 miles west of Cuba’s eastern tip Sunday evening, and its maximum sustained winds were at 60 mph.

Officials in the Florida Keys, which Laura might pass over on its route into the Gulf, declared a local state of emergency and issued a mandatory evacuation order for anyone living on boats, in mobile homes and in campers. Tourists staying in hotels were warned to be aware of hazardous weather conditions and consider changing their plans starting Sunday.

A storm surge of up to 6 feet (2 meters) was forecast for parts of coastal Louisiana and Mississippi.

People in Louisiana headed to stores to stock up on food, water and other supplies.

The hurricane center said the storms were not expected to interact as the region faces an unusually active hurricane season.