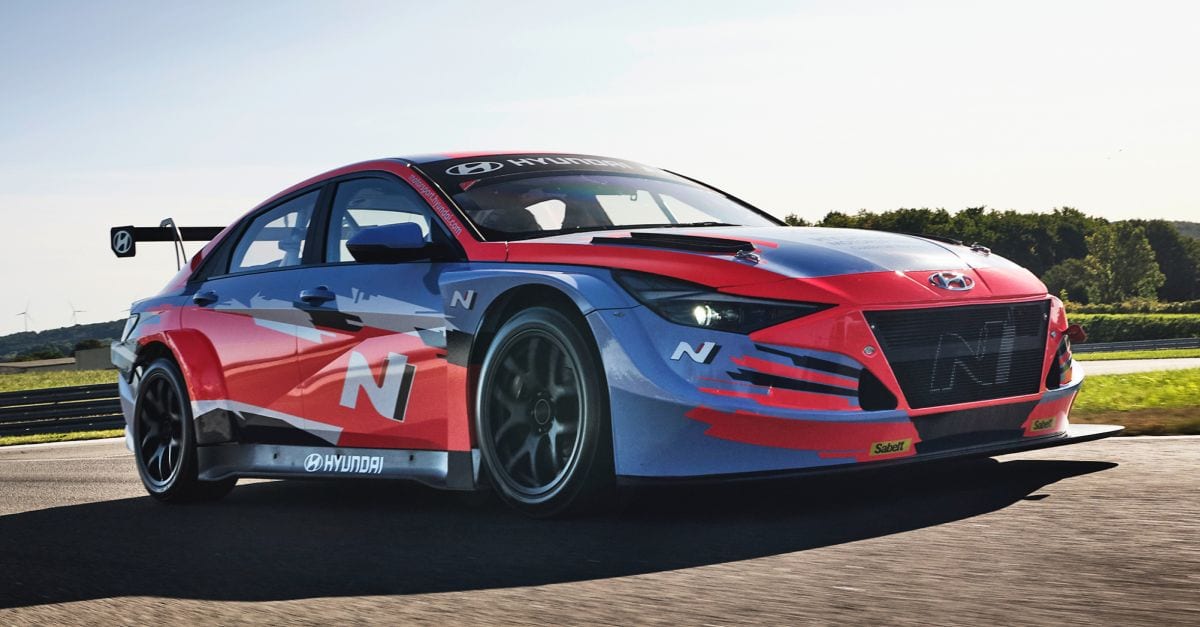 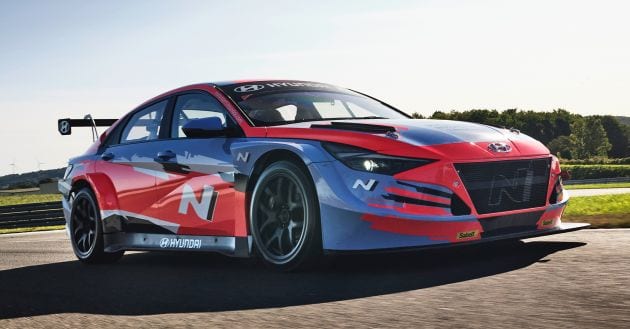 Hyundai Motorsport has unveiled the Elantra N TCR, which will be made available to customers in markets where the standard Elantra is sold, the automaker announced. First revealed at the Beijing Motor Show alongside the debut of the Elantra for the Chinese market, the Elantra-based racer is the latest to join the brand’s line-up of TCR race cars after the i30 N TCR and the Veloster N TCR.

The introduction of the Elantra N TCR racer comes after it has undergone three months of testing, during which it has covered 5,000 km of test mileage.

The Elantra N TCR started as a ‘blank sheet’ project, where the engineers were able to take advantage of the Elantra’s chassis and sedan bodyshell towards optimising the racer’s design, said Hyundai, applying lessons learned from customer racing experience with the i30 N TCR and Veloster N TCR.

Powertrain, as in compliance with TCR regulations, is a 2.0 litre turbocharged engine that is derived from a new base engine sourced from Hyundai’s production car range. This is mated with a six-speed, shift paddle-operated sequential gearbox as employed in the i30 N TCR and Veloster N TCR racers, and like the other models, the Elantra N TCR sends drive to the front wheels. 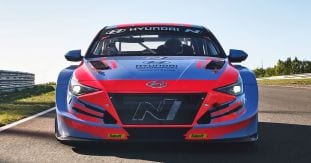 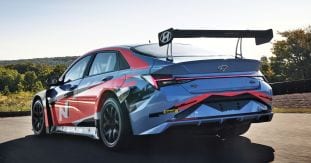 Following its first test in June, Hyundai engineers tasked with the Elantra N TCR have visited several circuits around Europe for the parallel development of sprint and endurance racing packages for the car. The Customer Racing department’s testing schedule has also sought the feedback of several drivers, including current BRC Hyundai N Lukoil Squadra Corse team driver Gabriel Tarquini, who is among four current i30 N TCR drivers enlisted for the development of the Elantra N TCR.

“The added experience of Hyundai Motorsport Customer Racing from the i30 N TCR and Veloster N TCR really showed, and we were able to achieve good progress in developing the new car from the start. There are lots of small changes which customer teams and drivers will really appreciate, such as improvements in the steering system over the previous cars,” said Tarquini.

The most potent of the current production Hyundai Elantra variants is the N Line, which produces 201 hp and 264 Nm of torque from a 1.6 litre T-GDI turbocharged petrol engine. Most recently teased was the Elantra N roadgoing development car, which is likely to adopt the 2.0 litre turbocharged inline four engine that can be paired with either a six-speed manual or eight-speed automatic gearbox. This outputs 280 PS and 392 Nm of torque in the i30 N and 275 hp and 378 Nm of torque in the Veloster N.

Kedah MB was buying food and not going for a test drive, claims aide