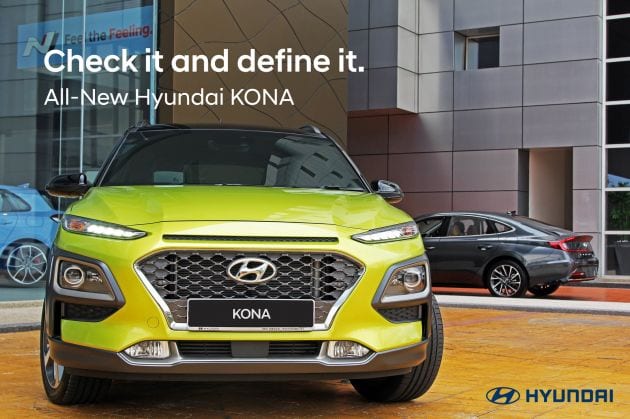 The Hyundai Kona, which will be making its Malaysian market debut in the next couple of months, has again been teased on a post on the Hyundai Malaysia Facebook page, but the upcoming SUV isn’t the highlight piece in the shot – rather, the car in the background is, and we’re not talking about the i30 N.

The car conveniently placed within the frame happens to be the new eighth-generation Sonata, suggesting that the sedan may be the next model to be introduced locally after the Kona, although exactly when remains to be seen. It will take over from the seventh-gen LF, which was phased out locally in 2018.

The new DN8, unveiled in March last year, adopts a new four-door coupe styling direction with plenty of design cues from the Le Fil Rouge (HDC-1) concept, and the sportback flow of the rear end is shown to great effect in the Kona teaser image. 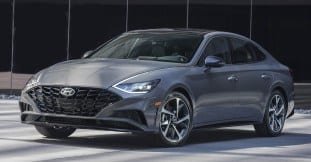 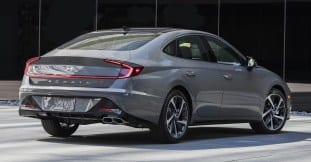 The fresh exterior isn’t the only thing buyers will have to look forward to, because the Sonata’s interior has also been overhauled. A new dashboard layout, which is dressed with a 10.25-inch infotainment touchscreen and a 12.3-inch digital instrument cluster, are among the visual highlights in the breezy, modern-looking cabin.

Nothing is yet known about the specifications of the local model, but there’s plenty of kit and options available for the sedan in global markets, and these include items such as a Bose Premium sound system, sunroof as well as ventilated front seats. 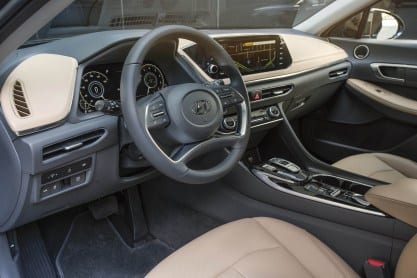 As for safety, the list is led by a nine airbag count and the automaker’s SmartSense suite of advanced driver assistance systems, which includes items such as advanced smart cruise control with stop and go, forward collision avoidance assist (AEB), blind-spot collision warning and lane keeping assist in its kitbag. With the Kona set to come equipped with SmartSense, the suite should be a given on the Sonata.

The powertrain for the local model also remains unknown. Global options include a series of Smartstream units ranging from a 2.5 litre naturally-aspirated GDI engine with 191 hp and 245 Nm to a 1.6 litre turbocharged GDI unit offering 180 hp and 264 Nm, both paired with an eight-speed automatic transmission. There are also 2.0 litre MPI petrol and GDI hybrid options.

Because the planet heats up, Malaysia must look past rice for meals safety