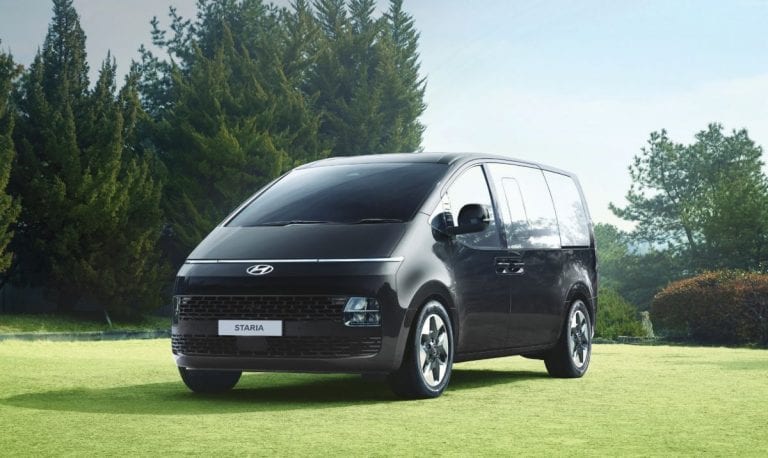 Hyundai’s business in Thailand is focused on the MPV sector, with the Starex/H-1 having long been the company’s sole offering in the Land of Smiles. It’s no surprise, then, that our northern neighbours are one of the first markets outside South Korea to receive the new Staria, which was introduced there on Friday.

But the Staria does come with some significant upgrades over the old model, not least of which concerns the styling. The futuristic space shuttle-inspired design incorporates some neat features such as the full-width LED daytime running lights, large body-coloured grille with integrated LED headlights, smooth body sides and slim vertical taillights (Parametric Pixel LED items on the SEL). The wheels are also different between the two variants – the S gets silver 17-inch alloy wheels, while the SEL receives 18-inch rollers in a flat-faced two-tone design. Inside, the cabin is just as modern as the outside, with freestanding displays, clustered controls and a full-width air vent design.

Both variants get a digital instrument cluster, but whereas the S has a 4.2-inch multi-info display sitting between two LCD readouts, the SEL gains a full 10.25-inch colour screen. The infotainment system is the same across the range, featuring an eight-inch touchscreen and wireless Apple CarPlay and Android Auto connectivity, although the SEL is the only one to come with a Qi wireless smartphone charger. Power comes from a new 2.2 litre R turbodiesel four-cylinder, producing 177 PS at 3,800 rpm and 431 Nm of torque from 1,500 to 2,500 rpm. An eight-speed automatic gearbox is fitted as standard, coming with a push-button gear selector and paddle shifters. Under the skin, the Staria rides on a new multilink rear suspension instead of the previous solid axle, which should improve the van’s road manners immensely.