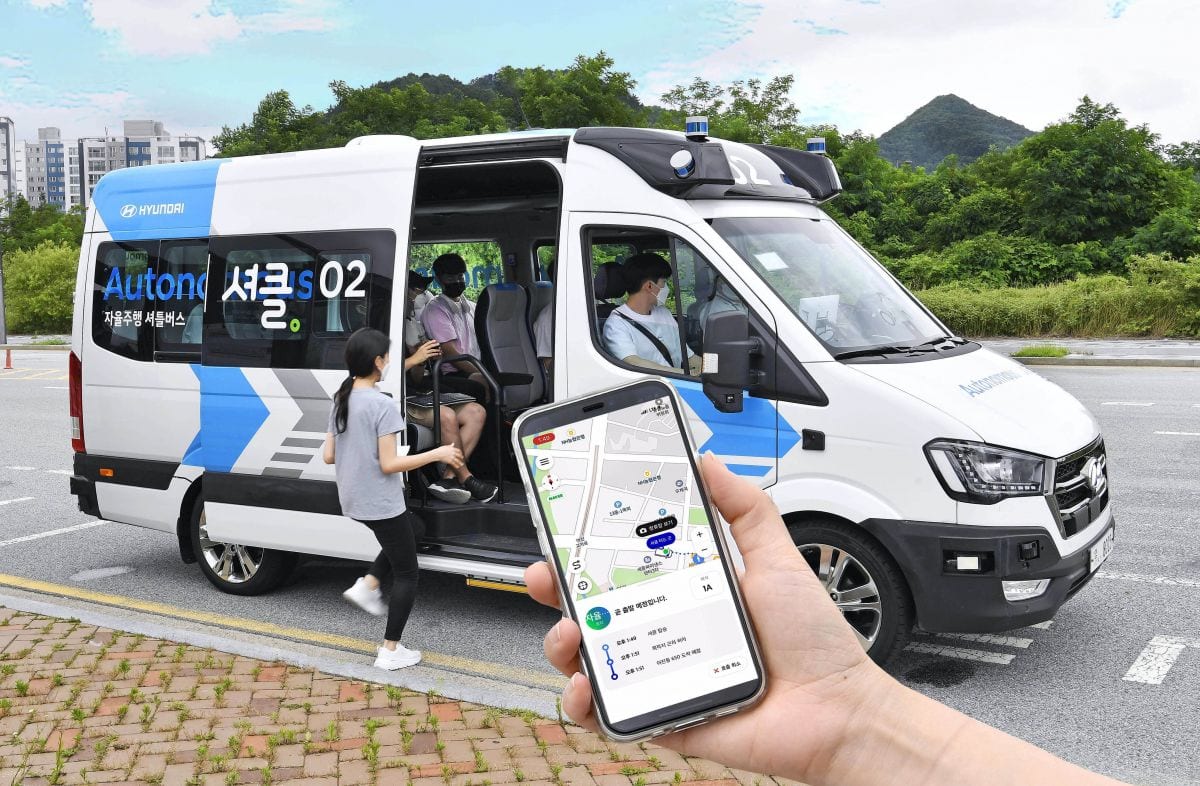 Hyundai has announced that it will begin a test operation of the RoboShuttle service on August 9. The demand-responsive minibus service, powered by autonomous driving and artificial intelligence (AI) technology, will operate along a 6.1 km route in Sejong Smart City, South Korea.

The service uses the Hyundai H350 a.k.a. Solati four-door van, with added autonomous driving technology. The range of Level 4-comparable core tech was developed in-house by Hyundai, and the van has obtained a ‘Autonomous Driving Level 3’ temporary operation permit from the authorities.

There will be a safety driver onboard, but RoboShuttle is designed to perceive its surroundings, make decisions, and control itself on the road, requiring minimal intervention from the human. The 6.1 km route from Sejong Government Complex to Sejong National Arboretum has 20 stops.

Hyundai signed an MoU with the Sejong City Transportation Corporation this week to facilitate a smooth operation of the pilot programme. RoboShuttle will operate in collaboration with Shucle (a portmanteau of ‘shuttle’ and ‘circle’), a demand-responsive mobility service running in Sejong City, launched by AIRS, a specialised AI research lab under the Hyundai Motor Group.

Shucle is the first ride-pooling service to be launched in South Korea offering shared mobility solutions to passengers with similar routes by using algorithms to determine the optimal route based on demand. The service is expected to make public transportation more efficient as the vehicle will only stop at pick-up and drop-off points that have been pre-selected by passengers via the app.

When a ride is requested by a passenger on the Shucle app, RoboShuttle will head to the pick-up point by calculating the best path using AI algorithms. From this month, Hyundai will recruit passengers who want to experience the autonomous service via the Shucle app. RoboShuttle will be gradually expanded to other regions, as well as the Hyundai’s own Namyang R&D centre in the second half of this year.

Other Sports: Olympics-Mingueza set to return for Spain but Ceballos will have to wait