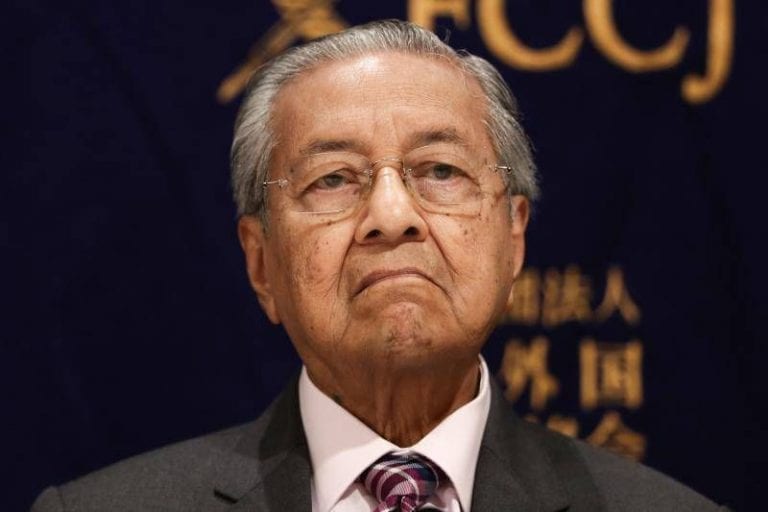 The former prime minister said this in an interview with comedian Harith Iskander posted on YouTube on Wednesday (July 14).

Dr Mahathir said he was not trying to be prime minister again, but said Pejuang was pushing the government to set up a body similar to the National Operations Council (Mageran) formed after the May 13, 1969 riots to put a pause to politicking.

“What we want is to concentrate on the problems without a play in politics. So, if I’m involved in any way, I will resign from Pejuang,” he said.

He said this was so he could “give full effort to solving Covid-19 full-time”.

He did not disclose when the meeting took place, but said Zafrul asked him about his plans to address the surge of Covid-19 cases in the country.

“I answered truthfully as to what my ideas were and he jotted them down in a notebook. I hope he will carry out some of them,” he said, without revealing what his plans were.

However, Dr Mahathir said Zafrul did not offer him any position in the government.

“He gave me a Quran as a nice gift, but there was no invitation to join,” he said.

Dr Mahathir said experience is vital for a government dealing with the ongoing Covid-19 pandemic as the economy and society is affected.

There is speculation that a national body is being formed to deal with the increasing challenges of the pandemic, with Dr Mahathir among those considered to chair it.

“But he isn’t the only one. There are also other non-political candidates being considered,” said a source.

Last Friday (July 9), Dr Mahathir said Pejuang wants the formation of the NRC to address challenges of the Covid-19 pandemic.

Dr Mahathir also said the party is not interested in politics or launching a no-confidence motion against Muhyiddin as prime minister.

On Tuesday (July 13), Pejuang information chief Ulya Aqamah Hushamudin issued a statement saying allegations of cooperating with Bersatu was an attempt to smear its reputation.

However, in the same statement, Ulya said Pejuang would focus on discussions to find solutions to the Covid-19 pandemic as well as social, health and economic issues affecting Malaysians at large.