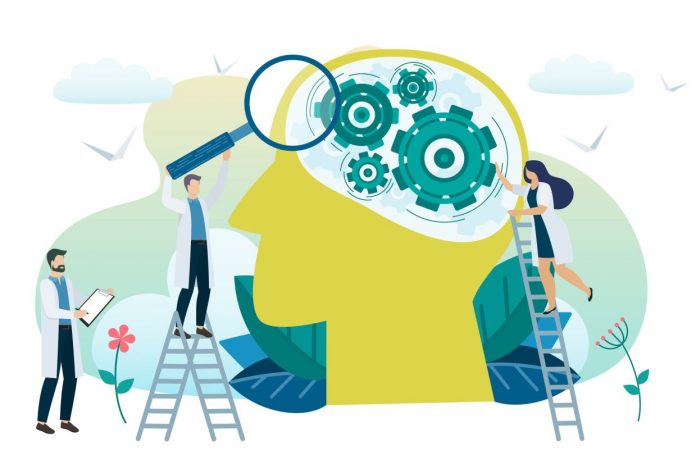 In the eyes of the tech industry, mental health treatment is an area ripe for disruption.

In any given year, one in five adults in the United States experience a form of mental illness, according to federal estimates.

And research indicates only about half of them receive treatment in a system that is understaffed and ill distributed to meet demand.

For tech startups looking to cash in on unmet need, that translates into more than 50 million potential customers.

Venture capital (VC) firms invested more than US$2.4bil (RM9.8bil) in digital behavioural health apps in 2020 – more than twice the amount invested in 2019 – touting support or treatment for issues from burnout and depression to ADHD and bipolar disorder.

At least seven mental health app companies have achieved “unicorn” status and are valued at more than US$1bil (RM4.1bil).

But even as industry hype mounts, researchers and companies are scrambling to prove these apps actually work.

Of the estimated 20,000 mental health apps available for download on personal computers and smartphones, just five have been formally vetted and approved by the US Food and Drug Administration (FDA), which largely has taken a hands-off approach to regulating the space.

“Development has really outpaced science,” said Stephen Schueller, a clinical psychologist at the University of California-Irvine who specialises in the development and evaluation of digital mental health products.

Type “depression” or “anxiety” into an app store, and you’ll be met with a dizzying list of results.

There are thousands of “wellness” apps like Headspace that counsel people on breathing exercises and other techniques to help them feel more mindful.

Apps such as Woebot and TalkLife claim to help manage conditions like anxiety and postpartum depression using games, mood journalling or text exchanges with peers or automated bots.

Some apps are meant to be used alongside in-person therapy, and others on their own.

Others, including Brightside and Cerebral, connect users to psychiatrists who can prescribe antidepressants.

Most products make their money by charging consumers a monthly or annual fee, with the option to purchase extras like video sessions with a therapist.

And, yes, a small portion of these apps have promising research to back them up.

Several studies, for example, have found that cognitive behavioural therapy, a mainstay of treatment for depression and anxiety that seeks to help patients change negative thought patterns, is as effective when delivered using web-based platforms as when done in person by a licensed professional.

And the pandemic has bolstered claims that patients are willing to trade in-person visits for the ease of online connection.

“Digital mental health can be viewed as a way to extend the mental resources that we have,” said David Mohr, who directs the Center for Behavioral Intervention Technologies at the Northwestern University Feinberg School of Medicine.

A step-care model, for example, would allow patients with milder symptoms to be treated via technology while reserving in-person care for patients who need something more.

The challenge for consumers is separating the apps that might help from those that offer little more than distraction – or could actually do harm.

Tech companies are by nature for-profit and, in the rush to compete in a saturated market, many are selling a product with an appealing user interface but little evidence of effectiveness.

A 2020 analysis by Australian researchers reviewing nearly 300 apps for anxiety and depression found just 6% of the companies that boasted an evidence-based framework in the app store description for their products had published any evidence.

“No one is competing based on privacy, safety or evidence. They’re competing on aesthetics, in part, on page ranking, marketing on brand awareness,” said Dr John Torous, director of the digital psychiatry division at Beth Israel Deaconess Medical Center and one of the authors of the April study.

One problem, said Dr Ipsit Vahia, a geriatric psychiatrist and medical director of the McLean Institute for Technology in Psychiatry, is that randomised control studies of the kind that might prove an app’s effectiveness can take years, far slower than the rapid innovation in tech.

“In general, the healthcare industry and the technology industry work at very different paces,” Vahia said.

Dr David Mou, a psychiatrist at Massachusetts General Hospital who is the chief medical officer at Cerebral, said he agrees that everything new in healthcare must be done deliberately and conservatively to avoid patient harm.

But he said some people in the mental health field are painting all companies with the same brush and failing to differentiate those that are data-driven from those trying to grow at any cost.

“They look at us and say we’re all VC-backed bros in a basement trying to redesign healthcare. And that’s not true.

The long-term winners, he said, will be those that are “evidence-based and measure quality like crazy”.

Cerebral offers online therapy and medication management and delivery for a range of mental illnesses.

The monthly subscription fees vary depending on the level and frequency of care, as well as insurance coverage.

Mou said Cerebral is already able to demonstrate some advantages.

While many top hospital systems might have a months-long wait for care, he said, someone in crisis can reach a Cerebral provider almost immediately.

“Within minutes you are able to talk with someone with one of our instant live visits. That in itself is a huge win.”

Even critics of the tech explosion are quick to acknowledge that the current brick-and-mortar system of mental health is dated and inadequate.

In recent years, the issues surrounding mental illness and lack of access to treatment have infiltrated public dialogue.

Brain illnesses that many families once squirrelled away from view have become the stuff of celebrity culture and dinner-table chatter.

Yet even as advocates have made strides in acceptance, truly improving the lives of people with mental illness has proven stubbornly difficult.

Over the past several decades – while the US successfully lowered death rates for cancer, heart disease and other major illnesses – deaths by suicide and drug overdose have continued to climb.

US federal law theoretically requires insurance companies to cover brain illness as they would any other illness.

But finding affordable care remains a challenge, largely because of a shortage of licensed mental health professionals and ongoing inequities in insurance coverage.

In a nation where huge swaths of the population lack a primary care doctor and health insurance – but almost everyone has a smartphone – connecting people to treatment via mobile apps would seem a logical solution.

And, for some, the opportunity to talk about their mental health challenges anonymously makes online treatment an attractive alternative.

Still, many of the experts who welcome the potential for innovation in mental health treatment acknowledge that consumers are getting little guidance in how to choose a reputable option.

But even those that offer patient-specific diagnoses and treatment recommendations that would seem to fall squarely under the FDA’s authority do not seem to garner the agency’s attention, according to industry experts.

“The FDA has been really, really lax about enforcement in digital health for reasons that are not entirely clear to me,” said Bradley Merrill Thompson, a lawyer at Epstein Becker Green who advises companies on FDA regulations.

“Anybody could spend 20 minutes on the app store and find dozens of examples of apps that make medical claims, and that have been doing so for some time, without any effort by the FDA to rein them in.”

In response to questions from KHN about its approach to regulating mental health apps, the FDA sent a brief statement.

“As circumstances change and new needs arise, FDA is ready to meet and address these challenges, especially in the areas of mental health,” the statement reads in part.

“We would like to see more evidence-based products in this area, which is why we remain committed to facilitating the development of additional safe and effective therapies for patients who rely on these products.”

Dr Tom Insel, a psychiatrist and neuroscientist, has a unique view of the evolving landscape.

In 2015, Insel left his job as director of the US National Institute of Mental Health, a post he had held since 2002, trading the halls of government for the open floor plans of Silicon Valley to work in digital mental health.

He started at Google’s Verily, then co-founded Mindstrong Health, a startup researching how smartphone technology could be used to predict and diagnose mental health crises.

He has since left to advise California officials on behavioural health issues.

Insel said he believes in the promise of digital mental health but that it will take time to find its highest and best use.

He noted, for example, that most of the apps on the market focus on the problem of access: They make care more convenient. But they’re overlooking a more basic problem: quality.

Unlike most fields of medicine, mental health providers rarely measure whether the care they provide makes patients better.

“A lot of what we need is not just more access. It’s not just recreating the brick-and-mortar system and letting people do it by phone or Zoom,” Insel said.

Instead, he argued, digital health should focus on measuring whether treatments improve people’s lives.

“I have no doubt that this field will transform mental health treatment and diagnosis,” Insel said, “but we’re in the first act of a five-act play. I don’t think we’re anywhere near the kinds of solutions that we need in the real world.” – Kaiser Health News/Tribune News Service

(Kaiser Health News (KHN) is a US national newsroom that produces in-depth journalism about health issues.)