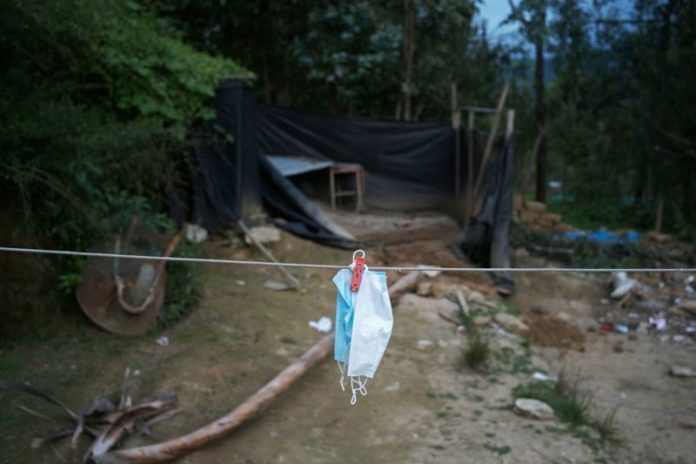 CHOTA, Peru (Reuters) – Set among green hills in Peru’s rural north, the town of Chota is close to collapse under the weight of COVID-19 as the Andean nation battles the world’s deadliest outbreak of the virus.

Chota is grappling with raging infections, sharpened by a lack of intensive care unit beds and medical resources. It is on Peru’s ‘extreme alert’ list along with a handful of other rural provinces – all far from wealthy urban centers.

As developed countries from the United States to Europe edge back towards normality with fast vaccine roll-outs, Latin America is still in the tight grip of COVID-19 with daily cases and deaths in the region topping global charts.

Peru this week almost tripled its official death toll to over 180,000 using revised figures, making it by far the highest in the world per capita and underscoring the havoc the virus has wreaked on the resource-rich continent.

Chota, a town of some 40,000 people in the region of Cajamarca, is reached on roads, at times unpaved, that snake through lush hills. The nearest ICU bed is a three-hour drive away.

“This is the worst moment. Many people have died,” Daniel Idrogo, the secretary general of the local Chota government, told Reuters. “The hospital has collapsed.”

Outside that hospital, desperate relatives begged for better care as family members waited inside. Chances of getting a ventilator were slim, and ICU beds were non-existent. Even the nearest centers that have them are 96% occupied, OpenCovid Peru data show.

“I’ve lived this in the flesh, because my sister died from COVID-19,” said Betty Campos Ochoa, who works at Chota’s small hospital, the only one in the town. “Several colleagues have died and I’ve had neighbors who have died.”

The overall death toll in Chota is unclear but Feliciano Altamirano Guevara, a Catholic priest in the town, said around half a dozen Masses a day are being celebrated for the dead or ill.

Chota is one of 16 rural Peruvian provinces that are in the worst shape, underscoring a divide between those with access to hospital beds and equipment in big cities like Lima and vast hinterlands where poverty has spiked higher under the pandemic.

The copper-rich country is set to vote in crossroads elections on Sunday. The narrow favorite to win is a socialist candidate: an outsider hailing from a humble background as a teacher in the same northern region of Cajamarca.

Peru’s coronavirus crisis raises a challenge for whoever wins the election, with a stalled vaccine campaign and social spending to alleviate poverty and improve healthcare key issues for many voters. The race is still neck-and-neck.

Despite strict lockdowns, with curfews that last to this day, Peru’s weak and unequal healthcare system has meant many patients have died without receiving care, the key reason for the country’s sharp revision upwards of its death count.

“High-income countries have been able to register most COVID-19 deaths in part because they have great access to testing,” said Mateo Prochazka, a Peruvian epidemiologist who was part of the recent government review.

All in all, more than one in every 200 Peruvians are estimated to have died from COVID-19, in many cases due to collapsed hospitals, as well as a critical lack of ventilators and oxygen tanks, which led to price surges that left many Peruvian families deep in debt.

In the Cajamarca region, only three hospitals have ICU beds, despite a population of over 1 million. Like Chota, seven other hospitals in Cajamarca have no ICU beds at all, according to numbers from regional health authorities.

While all Peru has suffered badly, Cajamarca has just a fifth of the hospital bed capacity relative to its population size of the country as a whole, according to government and World Health Organization data.

That affects people like the mother of Enrique Peralta Linares, who was hospitalized due to COVID-19 on Sunday in Chota’s hospital. Doctors say she needs a ventilator and an ICU bed, but they have access to neither.

“The doctors keep telling us that we need a ventilator, but there are no ventilators available in Chota, and that is really worrying us,” Peralta Linares said outside the hospital. “There is no solution for us.”

Peru, and towns like Chota, reflect the wider crisis facing countries around South America – as well as the worrying fact that many deaths may be going uncounted.

Uruguay and Paraguay currently have the world’s worst daily average death toll per capita; Argentina, with some 80,000 deaths and battling a dangerous wave of cases, is not far behind. Infections are spreading fast in Colombia and Bolivia, while regional giant Brazil is nearing 470,000 deaths.

Peru, which hiked its death toll after analyzing so-called excess deaths, has the worst total per-capita death rate in the world, more than twice that of Brazil and several times higher than that of India, both badly hit themselves by the virus.

Residents of Chota say the town has undergone collective trauma due to the pandemic in ways that nobody in the area had ever lived through before.

“We suffer because every single day we have five, six, seven Masses,” said priest Altamirano Guevara. “They are all about illness, all about death.”