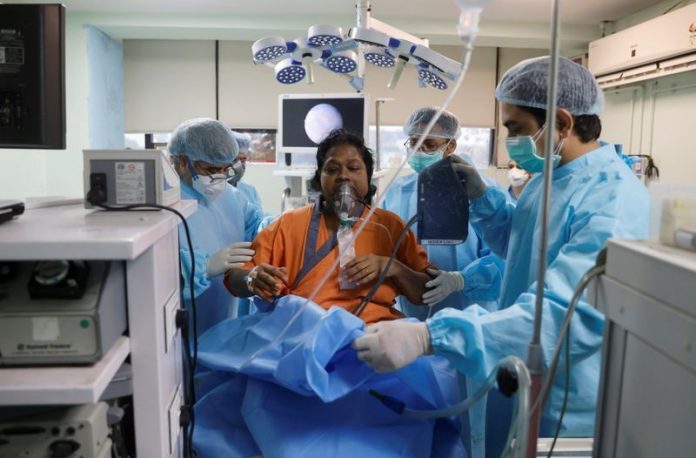 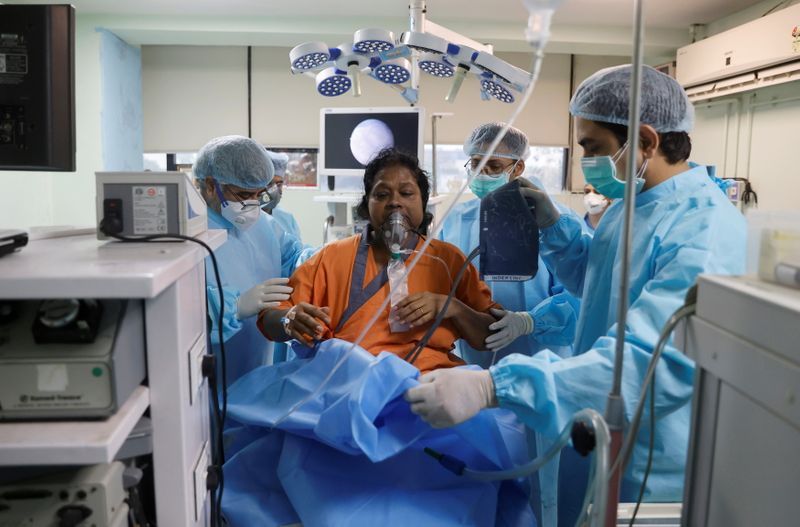 NEW DELHI (Reuters) -Key Indian cities re-opened for business on Monday, with long queues for buses in the financial hub of Mumbai while traffic returned to the roads of New Delhi after a devastating second wave of coronavirus that killed hundreds of thousands.

The 100,636 new infections of the past 24 hours were the lowest in the world’s second most populous nation since April 6, and well off last month’s peaks of more than 400,000, allowing authorities to re-open parts of the economy.

“We have to save ourselves from infection but also bring the economy back on track,” Delhi’s Chief Minister Arvind Kejriwal said on Twitter.

He ordered half the capital’s shops to open on odd and even numbered days of the month respectively, in a bid to limit crowds, but allowed offices and the Delhi underground rail network to run at 50% of capacity.

But some curbs were retained, such as the ban on dining in restaurants and the use of theatres and gyms in a city still slowly recovering from a surge in the months of April and May that overwhelmed hospitals.

They ran short of beds and medical oxygen, and people died in hospital parking lots and homes, while crematoriums and morgues struggled to cope with an incessant flow of corpses.

India added 2,427 deaths overnight for a toll of 349,186, the health ministry said, down from more than 4,000 each day at the height of the crisis, while its tally of infections now stands at 28.9 million.

But experts believe that both figures have been severely undercounted and could be a few times higher than the official number.

Authorities in the western state of Maharashtra, home to Mumbai, allowed businesses to run until late afternoon, staffed with half their employees, and opened gyms, salons and spas though cinemas and malls are to stay shut.

The re-opening efforts come as authorities struggle to vaccinate the population of nearly 1.4 billion in a strategy officials say is the only way to limiting any third wave of infections.

But tight supplies have meant that fewer than 5% of 950 million adult Indians have received the mandatory two vaccine doses.

The pressure to resume some economic activity has grown as millions depend on daily wages to pay for food and rent.

“I have opened my shop after 40 days,” a tea vendor, Monu Yadav, told Reuters partner ANI in the northern city of Varanasi, adding that only a fraction of his customers had returned.

The second wave had “impaired the nascent recovery that was underway,” but “not snuffed it out”, said Shaktikanta Das, the governor of the Reserve Bank of India (RBI).

Amazon raises minimum pay in Germany to 12 euros per hour

Those aged 17 and below won’t be vaccinated due to heart inflammation fears, says...