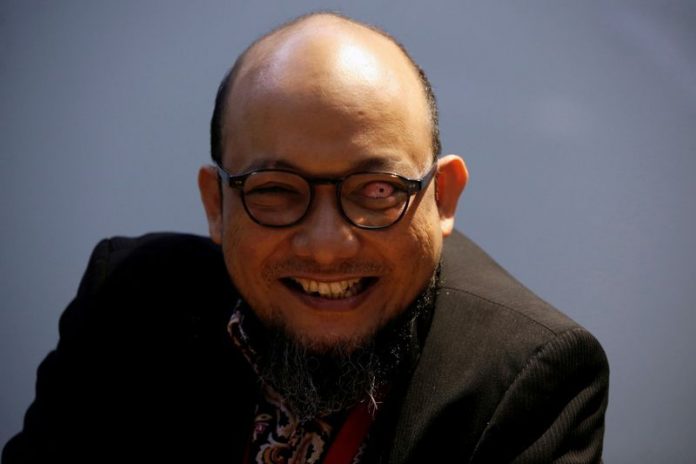 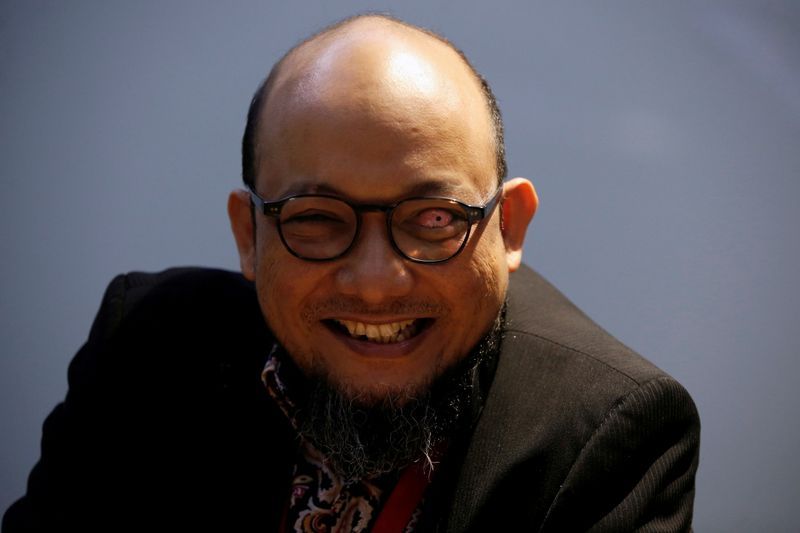 JAKARTA (Reuters) – Bespectacled and blinded in one eye after a 2017 acid attack, Indonesia’s most well-known anti-corruption investigator, Novel Baswedan, said his sacking last month could sound the death knell for the country’s popular anti-graft body (KPK).

“As part of the ongoing weakening of the KPK,” Novel told Reuters via Zoom, “I’m worried this will be the final phase.”

He is one of 75 employees dismissed for failing a civil service examination at an agency that has prosecuted hundreds of politicians, officials and businessmen over nearly two decades – and made powerful enemies.

A spokesman for the KPK told Reuters the exam was set by a separate institution and was in no way an attempt to sack any employees, who were all “an important asset in the bid to eradicate corruption”.

President Joko Widodo’s office did not immediately respond to questions about the dismissals. The president said last month the exam should not be used to dismiss KPK employees.

Novel, who lost his left eye in an attack he believed was related to one of his many investigations into graft among the elite, said he thought the test was a “tool to expel” investigators who refused to shy away from big cases.

“We had integrity and we were unwilling to be influenced,” he said. “That was considered wrong.”

KPK investigators had been digging into legal and tax “mafias” and the corruption of coronavirus aid across the archipelago, he said.

Corruption has long afflicted the country of more than 270 million people.

The KPK was set up after the fall of President Suharto, whose rule critics denounced as kleptocratic. The agency has won public support but fallen foul of powerful interests.

The civil service exam – a mix of written tests and an interview – was officially part of a transition for employees of the independent KPK into the state bureaucracy.

But the nature of the test as well as the outcome has raised eyebrows.

Male employees said they were asked to outline their religious position and whether they would choose Pancasila – Indonesia’s state ideology – over the Koran, the Islamic holy book.

After public criticism of the sackings, 24 employees were told they could participate in a state programme that could lead to their reinstatement but Novel was not among them.

Critics say the KPK has been weakened under the president, with revisions to a 2019 law on it sparking street demonstrations.

The government has dismissed accusations that the agency has been hobbled.

The government says it is committed to fighting corruption.

In the past, said Novel, investigators were shocked by corruption cases that ran into the billions of rupiah, or tens or hundreds of thousands of dollars.

Now it is more like trillions of rupiah, or tens or hundreds of millions of dollars, he said.

“I don’t like to say they have won,” he said, “This isn’t their country, a country run by crooks.”