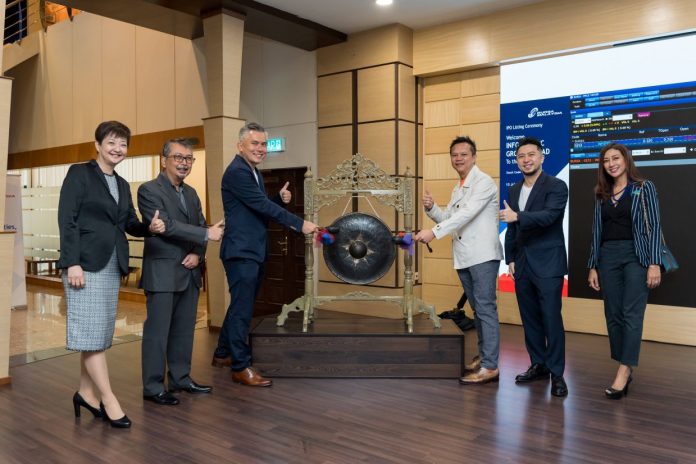 KUALA LUMPUR: IT infrastructure and cybersecurity resolution supplier Infoline Tec Group Bhd made its debut on the ACE Market of Bursa Malaysia at 33 sen a share, a one sen or 3.13% premium over its preliminary public providing value (IPO).

At the opening bell, the inventory noticed 16.08 million shares exchanging fingers, making it the highest traded counter on the Malaysian market.

Infoline Tec CEO Choo Wei Chuen stated the group is ready on strengthening its market presence in its key working markets of Malaysia and China in addition to different international locations within the Asia Pacific.

““As the world moves towards the digital era, adoption of new technologies such as artificial intelligence (AI), big data, cloud computing, internet of things (IoT), mobile and social computing would gain further traction.

“Governments and businesses alike are cognisant that IT infrastructure and cybersecurity solutions are complementary and critical in supporting high speed connectivity as well as in protecting data and networks from cybersecurity attacks,” he stated in an announcement.

Infoline Tec raised a complete of RM23.68mil from its IPO, of which RM17.46mil shall be utilised to reinforce the group’s current community operation centre and to arrange a safety operations centre, know-how centre, and catastrophe restoration centre.

It stated the improve of its amenities and capabilities will allow it to extend its buyer base and provide an expanded vary of providers.

Another RM2.22mil will go in the direction of enterprise enlargement actions to reinforce the group’s geographical presence in Malaysia and in China.

Meanwhile, the remaining RM4mil of IPO proceeds shall be utilised for itemizing bills.

In just lately introduced outcomes for the quarter ended March 31, 2022, Infoline Tec recorded income of RM8.86mil and revenue after tax of RM1.32mil.

(*33*) group’s board of administrators had beforehand stated it targets to distribute dividends of as much as 30% of its annual audited revenue after tax attributable to shareholders.