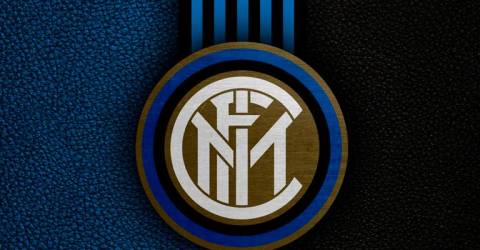 ROME: After weeks of brooding despite the good results, Inter Milan coach Antonio Conte is to meet his president Steven Zhang with a possible farewell looming after the Nerazzurri lost the Europa League against Sevilla late Friday.

The Spaniards prevailed 3-2 in Cologne for a record-extending sixth triumph in the event.

Inter’s Romelu Lukaku opened and closed the scoring, netting his seventh goal in the campaign and then being credited with an own goal for Sevilla’s winner with 16 minutes left. The powerful Belgian thus embodied the game’s drama as he ended his overall season with 34 goals.

But defeats have never gone down well with Conte, who has a daughter called Vittoria and is not new to abrupt farewells, such as when he left Juventus in 2014 after steering them to three straight domestic titles.

After the Sevilla defeat, he thanked his players, the club and the Inter fans who supported him despite his Scudetti as player and coach with rivals Juve.

“It was worth having this experience, despite of what will happen next,” he told reporters. “I will never forget this season because it was remarkable as it was so strange [because of the coronavirus pandemic].

“This season gave me a lot, it made spend a lot of energy and it is fair that I now make some considerations.”

The 51-year-old former Italy and Chelsea coach added that he has his private life to consider and planned to meet president Zhang in the coming days to discuss the team’s future.

“It’s only right that we analyse the entire season,” he said. “Look at everything in a calm way and try to plan the future of Inter, whether it’s with or without me.”

With the 2020-21 season set to start on Sept 19, Zhang, a 28-year-old Chinese entrepreneur, also spoke of an imminent planning meeting, while complimenting “the coach and his staff for the great job they have been doing.”

Conte’s words, however, came after previous complaints about the club’s alleged distance from the team, which he made during and at the end of a good domestic season where they finished in second place in Serie A, one point behind Juve.

Inter’s growth continued in a gruelling season prolonged by three months by the coronavirus as they eliminated Getafe, Bayer Leverkusen and Shakhtar Donetsk in the Europa League, drubbing them 5-0 to advance to the final.

But Italian media feel that his competitive character will lead him to quit, unless the club commits to massive investments, with speculation swirling around a bid for Barcelona star Lionel Messi.

La Gazzetta dello Sport in recent weeks has written about the Messi family buying homes in Milan, and on Thursday ran a “Conte, are you quitting?” headline.

Further speculation says Massimiliano Allegri, who is taking a sabbatical year after five straight titles with Juve, is ready to take over at Inter.

A new tactician, however, would imply starting a new project for the club, which has gone through 11 coaches since Rafael Benitez lifted the Italian Cup in 2011, a year after Jose Mourinho led them to the Champions League, domestic title and Italian Cup. – dpa