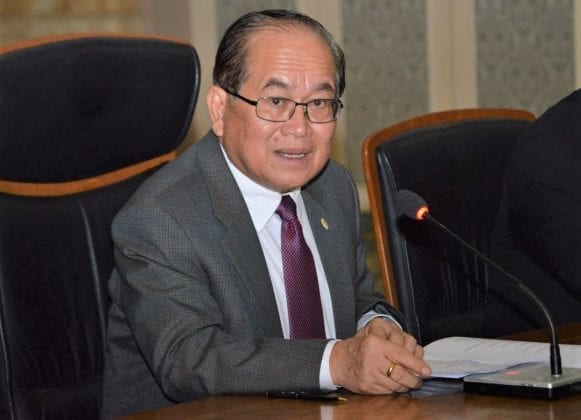 KUCHING: Deputy Chief Minister Datuk Amar Douglas Uggah Embas has clarified that inter-district travel in Sarawak is still not allowed. A permit from the police is required to do so.

He said this in refuting claims circulating on social media that all roadblocks in the state would be removed starting 6pm on Friday (May 8) and that the Royal Malaysian Police (PDRM) and Malaysian Armed Forces (ATM) would only conduct their rounds in town after the roadblocks were removed.

“(They also claimed that) to cross the borders in Sarawak, there is no need to apply for a travel permit from the police. These claims are not true,” he stressed at the Sarawak Disaster Management Committee (SDMC) Covid-19 daily update press conference here yesterday.

“In Sarawak, the ban on movements between districts is still in place. The police will set up roadblocks at all district borders to control the movement of people between districts and the public is still required to obtain police permission for inter-district movement,” he explained.

He said that the police would continue to man those roadblocks.

“In Sarawak, we have red, yellow, and green zones, so we want to have minimum movement of people from red zones to the other zones in hopes of cutting the chain of Covid-19 transmission,” he said.

Uggah, who is also SDMC chairman, said that the Covid-19 cases in Sarawak were decreasing and hoped that more zones would turn green.

“This can happen when an area or district has not had any Covid-19 case within the last 14 days. But if another case is reported, then it will change back to yellow again,” he explained.

He noted that the state had managed to control the situation and the authorities intended to keep it this way towards winning the war against Covid-19. “This is why we discourage movements between districts,” he said.