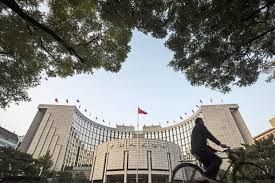 BEIJING: The Chinese government on Wednesday pledged to use timely cuts in the amount of cash that banks must hold as reserves to support the slowing economy, raising expectations about an imminent move to ease policy.

Such reductions in the reserve requirement ratio (RRR) will help underpin the economy, especially small firms, the cabinet said, taking investors by surprise as most had bet on a gradual tightening of policy.

All eyes are now on the People’s Bank of China (PBOC), which has been gradually scaling back pandemic-driven stimulus to curb debt risks, while maintaining targeted support for small firms.

An RRR cut would be the first since April 2020 when the economy was jolted by the COVID-19 pandemic.

IS AN RRR CUT COMING?

Likely but not guaranteed.

The PBOC usually follows guidance from the cabinet, which oversees the world’s second-largest economy and charts the fundamental course of China’s policies.

In most cases in the past, the PBOC has followed the cabinet’s calls for RRR cuts, but not every time. For example, there was no policy move after the cabinet flagged a cut in June 2020.

Growth in China’s economy is slowing, probably to 7-8% in April-June from a record 18.3% expansion in the first quarter, which was heavily skewed by the recoil effect from the sharp slump in activity in early 2020. The current slowdown could deepen due to rising commodity prices.

Small firms in downstream industries could bear the brunt of rising raw material prices, as they struggle to pass on increased costs to consumers.

WHEN AND IN WHAT FORM?

Most analysts expect a targeted RRR cut for small banks, given that the cabinet emphasised the need to support small firms, but a cut for all lenders cannot be ruled out.

Analysts at Nomura expect a universal 50-basis point cut in the coming weeks.

Wen Bin, an economist at Mingsheng Bank, expects a cut towards the end of September, if consumer inflation softens in the coming months.

An RRR cut could inject permanent funds into the banking system, enabling banks to expand loan books and lower financing costs. Other policy channels such as the medium-term lending facility (MLF) will pump out short- to medium-term funds.

Expected RRR cuts will help to ease liquidity pressure caused by the maturing of over 4 trillion yuan ($617.2 billion)in MLF loans and net government bond issuance totalling 4.5 trillion yuan in the second half of this year.

HOW MUCH ROOM FOR FURTHER CUTS?

There is still room but not as big as before.

The RRR cut in April 2020 marked the tenth such reduction since early 2018, when the PBOC started an easing cycle, which accelerated significantly from early 2020 after the COVID-19 pandemic paralysed economic activity.

In May 2020, the PBOC said the average RRR for Chinese financial institutions had fallen by a total of 520 basis points from early 2018 to 9.4%.

The central bank has been trying to cool credit growth to help rein in debt and financial risks, and that fundamental policy may not change.

Chinese leaders have pledged to avoid sharp policy turns as the economic recovery is not yet broad-based and balanced.

The PBOC has kept its benchmark lending rate, the loan prime rate (LPR), unchanged for 14 months.

The economy is widely expected to grow more than 8% this year, against the government’s modest growth target of over 6%, suggesting there is no big pressure to step up easing.

On the fiscal front, local governments are likely to speed up bond issuance to channel more funds into key projects, helping to stimulate growth.

An expected RRR cut, along with efforts to guide market interest rates lower, will likely be a policy fine-tuning operation to soothe downward pressure on the economy.

Where Does WordPress Store Images on Your Site?