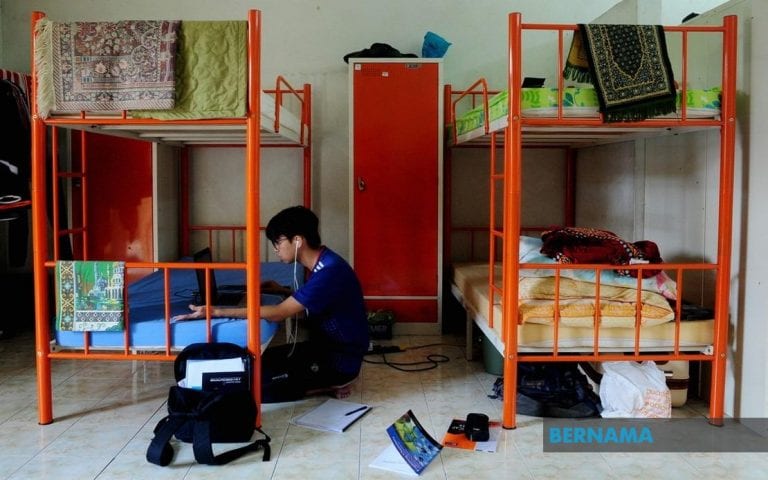 KUCHING: Sarawakian and Sabahan students from various higher learning institutions under the Ministry of Higher Education (KPT) will be flown back to their respective home states from Peninsular Malaysia beginning May 1.

“University students from Sarawak and Sabah will be sent home through eight airports from May 1, 2020. They will be flown to the airport nearest to their respective hometowns,” he said at the daily update press conference in Putrajaya today.

Ismail Sabri said a total of 1,128 students from various higher learning institutions under the KPT would begin their journey home tonight.

Of these, 863 students would be transported from the central zone to the northern zone in Peninsular Malaysia, and they are expected to arrive at their destination by 9am tomorrow, he said.

“When they arrive at the northern zone, the drop-off point is at either the police station or the district office (DO). And the same bus that transport them will bring students from the northern zone to central zone.

“Before the buses take off, sanitisation works will be carried out, be it before leaving for northern from central or for central from northern.

“The delivery process will involve nine universities, 49 buses and 17 destinations. Not only will the buses be disinfected, but the students’ baggage as well,” he said.

Ismail Sabri stressed that only one family member would be allowed to pick up the students at the drop-off point – police station or DO.

He, however, felt that some students’ families might not have the transport to pick them up at the drop-off point.

“For this, we have our frontliners at the district level who can send them home.”

The Defence Minister extended his appreciation to Marrybrown and Gardenia for sponsoring food items to students who will be on their journey home tonight.

He said those buses would not be stopping along the journey for food but would do so at some points for students to answer nature’s call.

“So I urge the private sector, whichever companies are interested in sponsoring food for our students to contact the KPT,” said Ismail Sabri