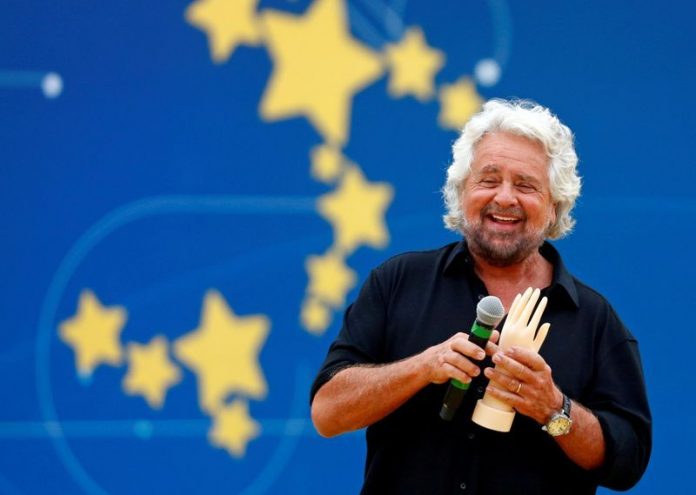 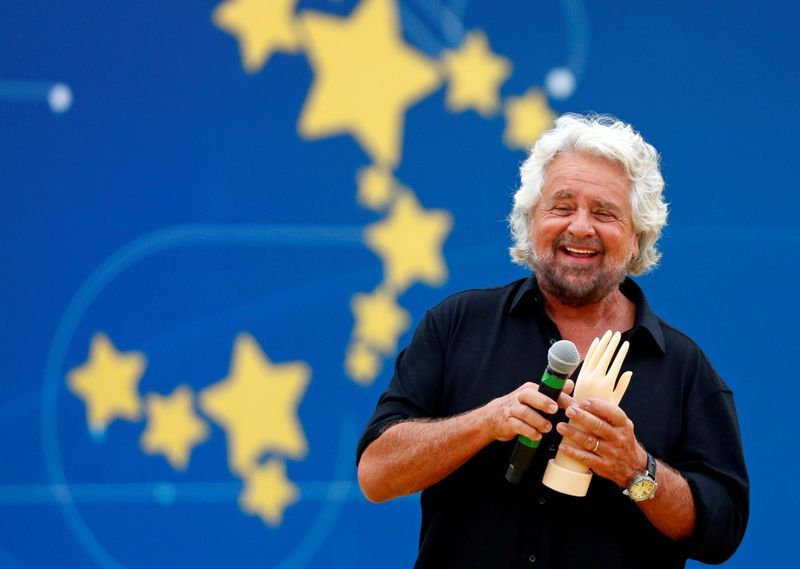 ROME (Reuters) – Italy’s former Prime Minister Giuseppe Conte and the founder of the co-ruling 5-Star Movement, comedian Beppe Grillo, on Sunday reached an agreement to overcome recent differences over the future of the party, paving the way for its relaunch.

The row between Grillo and Conte, who had agreed to take charge of the struggling party after his coalition collapsed in January, threatened to cause problems for the national unity government led by Mario Draghi.

5-Star is the largest group in parliament after a triumph in the 2018 elections and is part of Draghi’s government.

But many 5-Star politicians and supporters have been unhappy with some of Draghi’s policies and if the party split up a significant number of its lawmakers could have moved into opposition.

The 5-Star party was thrown in disarray at the end of June when Grillo said Conte was not fit to be the next leader of the movement.

Conte, who previously had no party affiliation, put together plans for a remodelled 5-Star along mainstream, centre-left lines, but Grillo blocked everything, protesting he was being sidelined.

He said a clear and legitimate leadership was an essential element of stability, said Grillo and Conte would meet again and that a vote for a new statute and a party leader would follow.

Although details of the agreement have not been finalised, several senior 5-Star members welcomed the truce.

“This agreement allows us to start again in a moment of difficulty. It was a very hard job but we did it,” Agriculture Minister Stefano Patuanelli said.

Italy’s Foreign Minister Luigi Di Maio, also a party member, said on Facebook the group had “always believed in dialogue and mediation rather than in clashes and polemics”.

Football: Soccer-Netherlands win away in Latvia to stay ahead in World Cup qualifying group