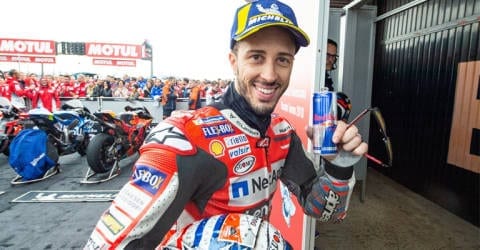 The 34-year-old landed badly competing in a motocross race at Faenza, near his home in the Emilia Romagna region in central Italy.

“After suffering a crash during a motocross race in Faenza, Andrea Dovizioso has sustained a left collarbone injury,” the team said on Twitter.

The team did not specify the injury but the Italian media reported it was a broken collarbone.

Ducati added that after consultation with doctors “Dovi has decided to proceed with surgery this evening in Modena to be fit in time for the start of the 2020 MotoGP season.”

Dovizioso has raced for Ducati since 2013 and finished runner-up in each of the past three seasons behind Spaniard Marc Marquez.

The 2020 MotoGP season will start following the coronavirus lockdown on July 19 in Spain at the Jerez circuit.

The season was originally scheduled to start on March 8 in Qatar. – AFP

Cautious sentiment drags KLCI back to below 1,600 level