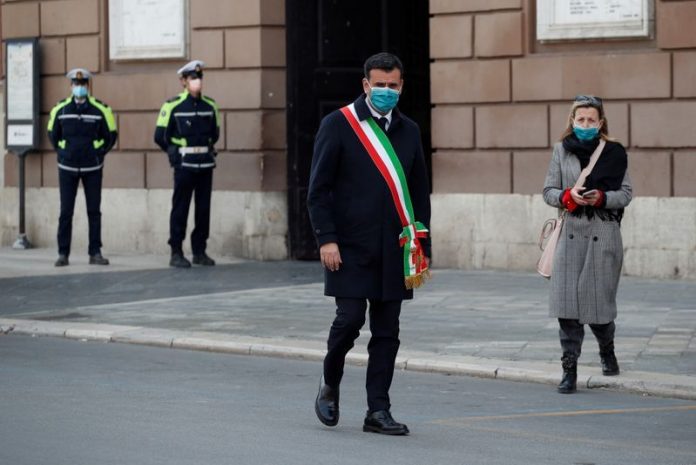 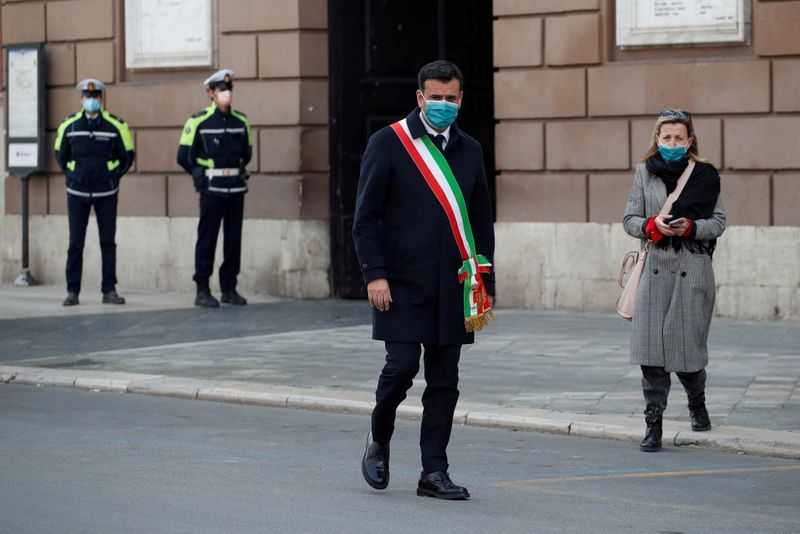 ROME (Reuters) – Stefania Bonaldi, the mayor of the northern Italian town of Crema, was attending a public ceremony this month when a policeman arrived to inform her she was under investigation for causing bodily harm to a small boy.

The child had caught his fingers in a school fire door and was not seriously hurt, but his parents had complained and as mayor, Bonaldi is responsible for safety in a public place.

Being placed under investigation does not imply guilt and does not necessarily result in criminal charges. But it can lead to lengthy legal proceedings, big lawyers’ bills, sleepless nights and ugly newspaper headlines.

Local government is the bedrock of Italian political life and mayors have regularly used city hall as a springboard to bigger things, most notably in 2014 when Matteo Renzi jumped straight from being Florence mayor to prime minister.

But over the past 20 years, an increasingly litigious culture and complex new anti-corruption laws have left mayors feeling legally exposed.

ANCI, an association of Italy’s 8,000 mayors, has leapt to Bonaldi’s defence and petitioned the government to include a reform of local statutes in a planned overhaul of the justice system. They have yet to hear back.

“Every time you sign an ordinance you risk committing a crime. But if you don’t sign it, you risk being charged with dereliction of duty,” said Antonio Decaro, mayor of the southern city of Bari and head of ANCI. “They can sue you for anything.”

Decaro told Reuters ever-fewer people wanted to lead local administrations, often because of the legal dangers, pointing to the difficulties the political blocks were having in finding strong candidates for forthcoming elections.

“When you are placed under investigation, even for something stupid, news of it can destroy your professional reputation. These cases can drag on for years,” he said.

Simone Uggetti, former mayor of the northern city of Lodi, knows all about that. He was arrested in 2016 and accused of bid-rigging in a contract to run two public swimming pools.

Under fire from opposition parties he resigned the same year, ending his political career. He was convicted at a first trial in 2018 but cleared on appeal in May, when the judge ruled there was no crime to answer for, saying Uggetti had nothing to gain from awarding the low-paying contracts.

Uggetti wept in court as the verdict was read.

“It has been a nightmare. You think you are acting in the public interest and you end up in prison,” he said.

At the time of his arrest, the 5-Star Movement, founded in 2009 on a wave of anti-graft sentiment, led calls for his resignation, saying only its candidates could clean up city halls. But as the party started to win mayoral elections, it learnt that keeping a clean judicial slate was near impossible.

One of its first mayors, Filippo Nogarin, decided not to seek re-election as chief of the northern city of Livorno in 2019 after facing five criminal and around 50 civil cases during his 5-year tenure.

In January, Chiara Appendino, the 5-Star mayor of Turin, was found guilty of involuntary manslaughter in connection with a stampede during an outdoor screening of a 2017 soccer game that killed two people and injured hundreds.

She was handed an 18-month suspended prison sentence.

The crowd panic was triggered by thieves using pepper spray on their victims. Appendino wrote on Facebook that she felt “bitter” about the verdict and has said she will not seek re-election.

“As mayor, I have to answer for events caused by the mad acts of a gang of robbers,” she wrote. “Perhaps we should start a healthy discussion about the difficult role of mayors.”

Decaro has called a meeting of mayors for July 7 to discuss the situation, saying their counterparts abroad do not face the same liability. He wants responsibility to be spread more evenly between public and elected officials.

“We are not asking for immunity, but for fairness,” he said.

The legal exposure comes at a heavy cost. Some mayors spend more than 10% of their pay on insurance against eventual damages.

Alvise Maniero was elected mayor of the northeastern town of Mira in 2012, aged 26. He found himself facing an 11 million euro ($13 million) lawsuit after a boy injured himself when he broke into a public pool at night and suffered a bad fall.

The case dragged on for five years before Maniero was acquitted. Had he lost, he faced ruin despite having insurance. “I could never have paid that kind of money,” he told Reuters.

He still had to battle the town council to reimburse his lawyers’ fees, which ran to 15,000 euros ($18,000) and were not covered by the state. Maniero has since stopped being mayor and is now a parliamentarian in Rome.

From Zendaya to Gigi Hadid, women are embracing the stylish suit and tie look

Trump: Sudan to Be Removed From Sponsors of Terrorism List