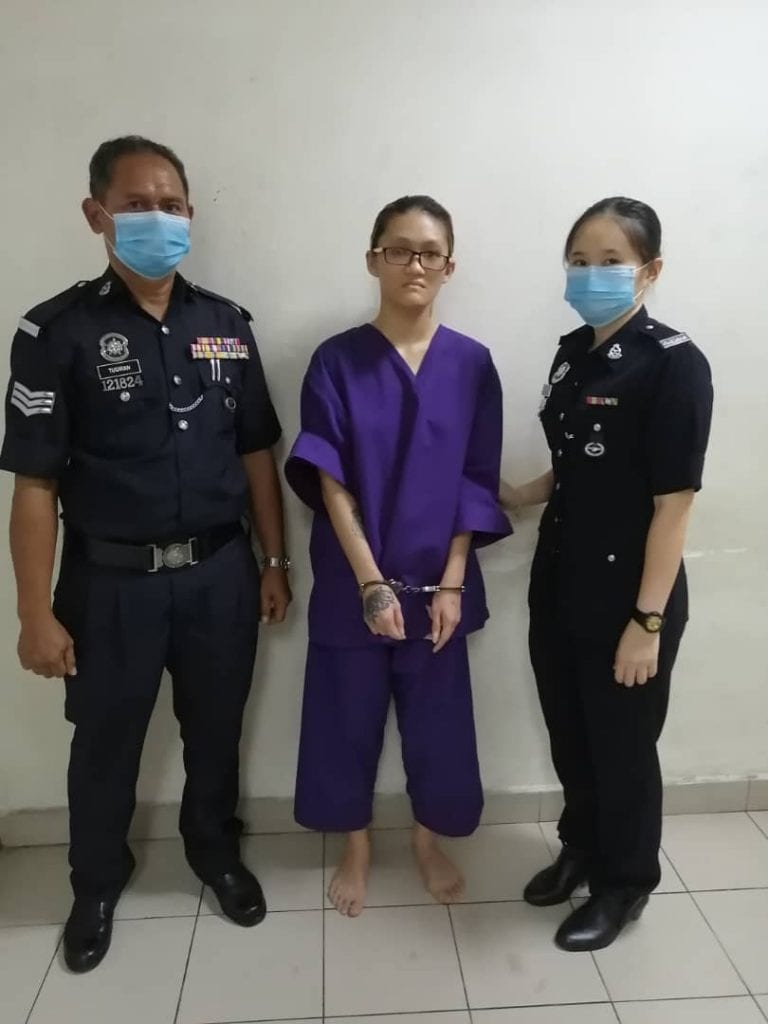 Koh Shul Jing was ordered to serve the jail sentence from the date of arrest, which was April 25.

She was charged before Magistrate Ryan Rayner Jr under Regulations 11(1) of the Prevention and Control of Infectious Diseases (Measures Within the Infected Local Areas) (No.4) Regulations 2020, and under Section 26(2) of the Police Act 1960.

The Court was told that on April 25 about 12.40 am, the accused was travelling from her house at Taman Mewah to the roadblock in Muhibbah, which is in the infected local area without reasonable excuse.

The accused also failed to comply with the regulations when she rammed the roadblock.

Meanwhile, Koh will be charged later over another offence which involves drugs and an accident pending chemical and medical reports.