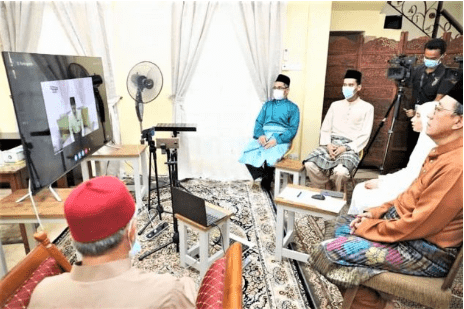 KUCHING: The Sarawak Islamic Affairs Department (JAIS) is looking at options to allow Muslim couples who had to postpone their solemnisation during the movement control order (MCO) period to do so.

In revealing this, Assistant Minister in Chief Minister’s Department (Islamic Affairs) Datuk Dr Abdul Rahman Junaidi said the consideration to allow couples to get married was subject to the development of the MCO.

“The application for couples to have their akad nikah will be taken into consideration only if the MCO is extended.

“This is only for couples who have obtained their marriage permit before the MCO was announced,” he told New Sarawak Tribune yesterday.

Asked on the possibility of Sarawak Muslim couples opting for a ‘virtual’ solemnisation procedure, he said Jais was still discussing the matter.

“Jais is still discussing the details with the Sarawak Islamic Council and State Mufti Department.

“As well as obtaining further information from the National Council for Islamic Religious Affairs (MKI) regarding the groom and bride get married if they are located in different places.

“We will inform once the decision has been made,” he said, adding that Jais so far had received six requests from couples to have their solemnisation during the MCO period.

Noting the move by the Federal Territories Islamic Religious Department (JAWI) to opt for virtual solemnisation, Abdul Rahman said this was only applicable to couples residing in Kuala Lumpur.

“Sarawak has yet to conduct online weddings,” he added.