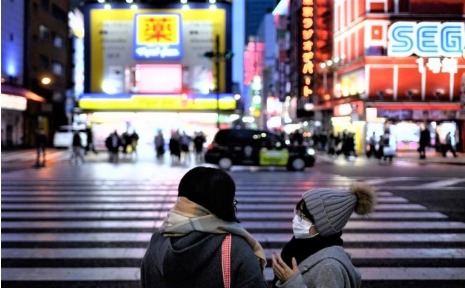 According to Kyodo News, Motegi said 20 countries could get the drug Avigan, which is currently undergoing clinical tests, including Turkey, Bulgaria, the Czech Republic, Indonesia, Iran, Myanmar, and Saudi Arabia.

“We will work with interested countries to expand clinical research on Avigan internationally,” the agency quoted him as saying.

Avigan, also known as Favipiravir, is an antiviral drug developed by Toyama Chemical of Japan to treat influenza, but researchers in China have also found it effective on coronavirus, the agency added.

Japan has over 4,250 confirmed cases of the virus, while 93 have died.

Prime Minister Shinzo Abe on Tuesday declared a one-month state of emergency in at least seven prefectures out of 47, including Tokyo, to contain the virus’ spread. – Bernama

Join the next stage of the coffee capsule revolution with the Morning Machine Kickstarter...

Mandatory quarantine for all arrivals

How Joe Biden Can Resurrect the Iran Nuclear Deal