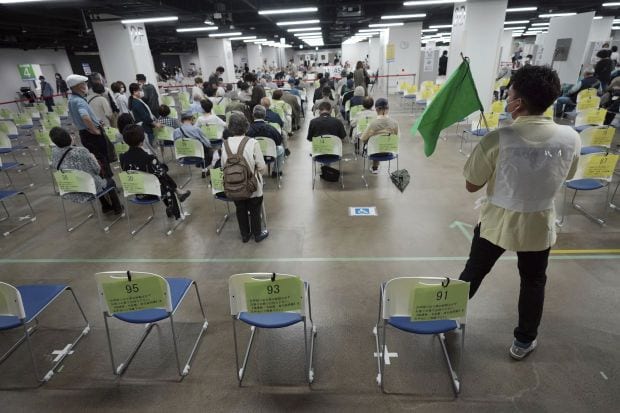 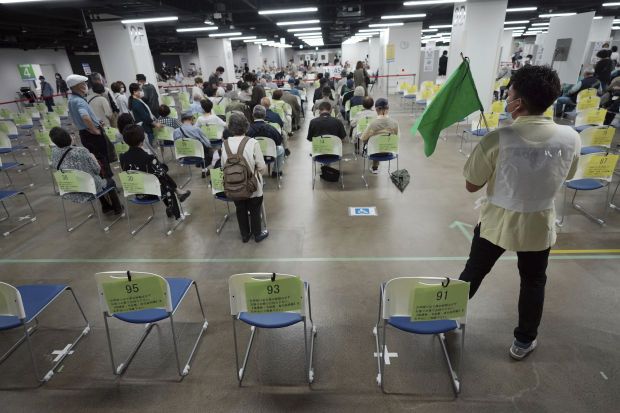 TOKYO: Japan’s economy shrank at a slower-than-initially reported pace in the first quarter, on smaller cuts to plant and equipment spending, but the coronavirus pandemic still dealt a huge blow to overall demand.

The slower contraction provides a relief for policymakers hoping Japan’s economic recovery will not lag those of other major economies, which have rolled out COVID-19 vaccines much quicker to bring the health crisis to an end.

The revised decline was mainly due to a smaller fall in public and capital spending, which both eased less than initially thought in the quarter, offsetting a slightly larger fall in private consumption.

The economy declined an annualised 3.9% in January-March, not as bad as the preliminary reading of an annualised 5.1% contraction, but still posting the first fall in three quarters, Cabinet Office data showed Tuesday.

The reading, which was better than economists’ median forecast for a 4.8% decline, equals a real quarter-on-quarter contraction of 1.0% from the prior quarter, versus a preliminary 1.3% drop.

“The vaccine issue is the most important thing for the (economic) recovery,” he said, adding that the vaccination rate would need to come to about 50% to boost the country’s economic recovery prospects.

Private consumption, which makes up more than half of gross domestic product, dropped 1.5% from the previous three months, worse than the initial estimate of an 1.4% drop.

The better-than-expected GDP revision comes after household spending and exports jumped in April on a return to demand, though the gains were inflated largely by the comparison to last year’s deep pandemic-driven plunge.

Inflation-adjusted wages, which are a barometer of households’ purchasing power, rose 2.1% in April on a year-on-year basis, the government said on Tuesday.

The government has come under political pressure to water down an already stretched fiscal target this year as the cost to combat the health crisis accumulates, as it struggles to keep up growth while fighting the pandemic.

Digital detox: Can taking a break from tech improve your well-being?