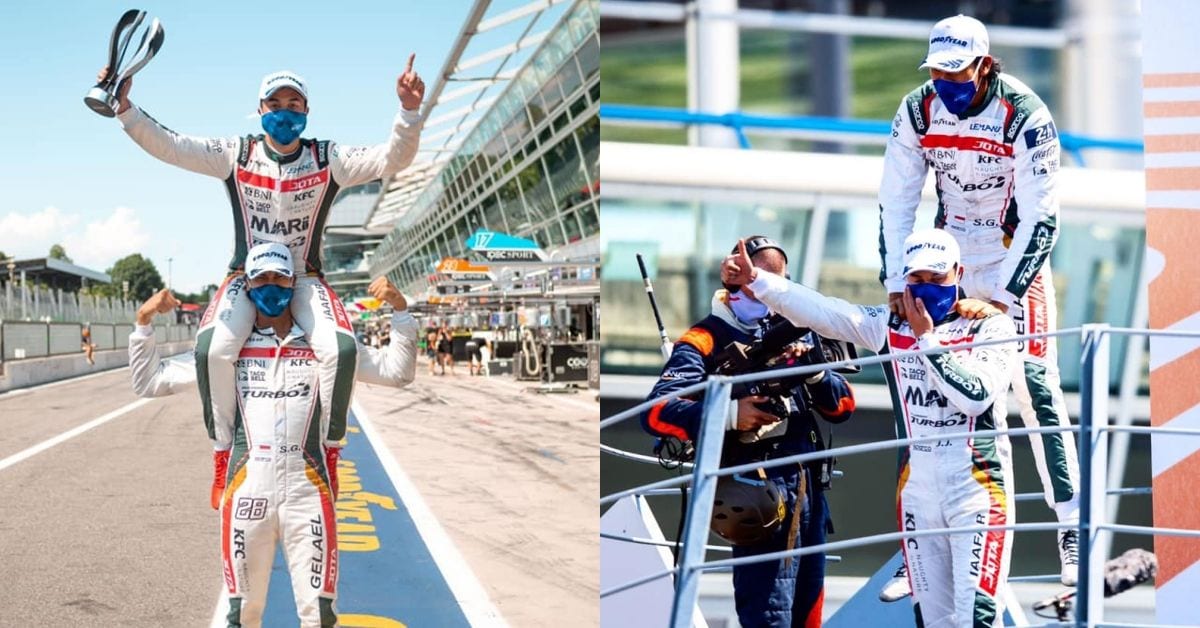 Malaysian racing driver Jazeman Jaafar, along with teammate Sean Gelael from Indonesia have attained a third-place finish at the 2021 European Le Mans Series 4 Hours of Monza endurance race in the LMP2 class with United Kingdom-based Jota Sport on Sunday.

The #82 Oreca 07-Gibson LMP2 car driven by the Southeast Asian duo completed 125 laps, with an elapsed time of four hours, one minute and 31.344 seconds. They were 29.289 seconds behind second-placed #22 Oreca of United Autosports piloted by Tom Gamble, Jonathan Aberdein and Philip Hanson, which were 5.131 seconds behind winners James Allen, Will Stevens and Julien Canal in the #65 Oreca of G-Drive Racing. The LMP3-class victory at Monza went to the #4 Duuqeine M30-D08 of DKR Engineering driven by Laurents Hörr and Mathieu de Barbuat, with an overall finish of 19th place in the race, surviving a clash with a Nielsen Racing Ligier at the first Lesmo curve, causing a full-course yellow.

Completing the GTE podium in third with François Perrodo, Emmanuel Collard and Alessio Rovera at the helm of the #88 Ferrari 488 GTE Evo. The Italian manufacturer took race finishes first through to sixth in the GTE category at the four-hour race in Monza.

Having won races in British F3 International Series, British F3 Euro Series and the Formula Renault 3.5 series, Jazeman has also won with Jota Sport in LMP2 in 2018, as part of an all-Malaysian driver line-up featuring Nabil Jefri and Weiron Tan. The trio contested five races that year, winning the LMP2 category at the 6 Hours of Fuji endurance race.