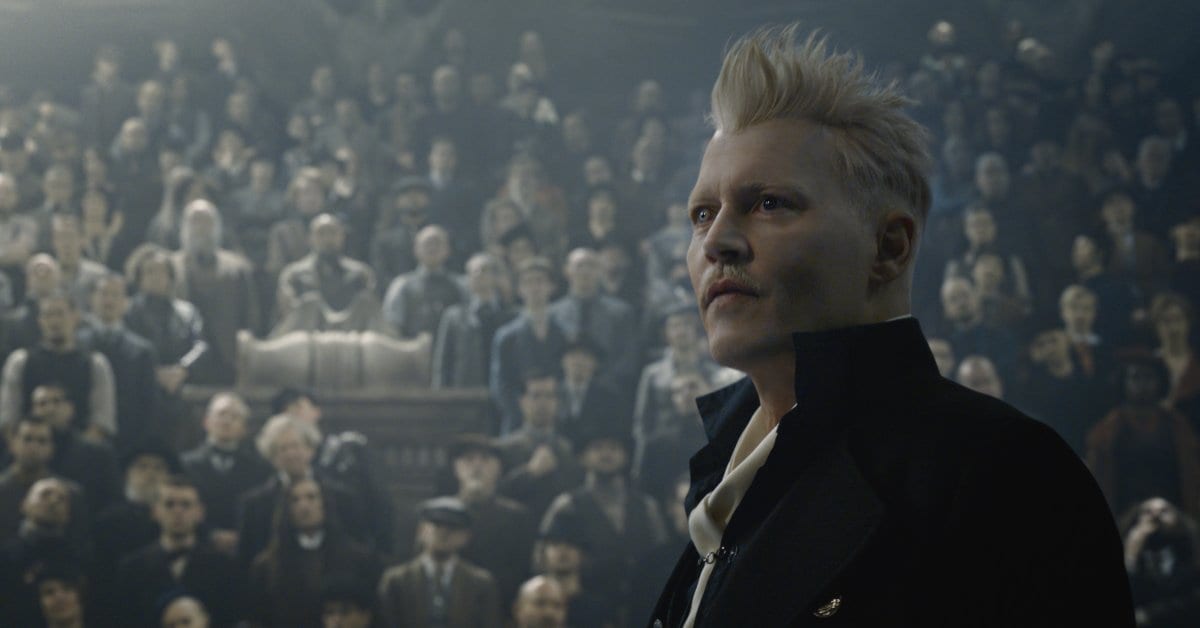 Johnny Depp has finally stepped down from the Fantastic Beasts franchise after being dogged by allegations of abuse for years. Warner Bros. should seize the opportunity to cancel a franchise plagued by scandal.

On Nov. 2, a judge in the U.K. found that The Sun could legally call Johnny Depp a “wife beater” without defaming him, saying evidence indicated Depp put his ex-wife Amber Heard “in fear of her life.” According to Depp, Warner Bros. asked him to step down from his role in the Fantastic Beasts movies following the ruling, even as Depp maintained his innocence. “The surreal judgement of the court in the UK will not change my fight to tell the truth, and I confirm that I plan to appeal,” he said in a statement on Tuesday. Depp starred in two of the five planned Fantastic Beasts films.

A Warner Bros. spokesperson said in a statement to TIME: “Johnny Depp will depart the Fantastic Beasts franchise. We thank Johnny for his work on the films to date. Fantastic Beasts 3 is currently in production, and the role of Gellert Grindelwald will be recast.”

It’s astounding in a post-#MeToo world that a major studio like Warner Bros. would continue to film with Depp even as he was accused of assault in the courts. But seemingly nothing could deter the studio from releasing this Harry Potter prequel series. The franchise has endured a minefield of scandals, even beyond Depp’s alleged bad behavior, including a viral video of star Ezra Miller appearing to choke a woman in a bar, and J.K. Rowling’s anti-trans comments. Many devout Harry Potter fans have called to cancel Rowling and boycott all her future work. Even Harry Potter stars Daniel Radcliffe, Emma Watson and Rupert Grint have spoken out against Rowling’s transphobic comments. And yet this franchise soldiers on.

Criticism from the moment of inception

Fantastic Beasts announced itself as one of the most problematic franchises in Hollywood from the get-go. Rowling, who wrote all the Harry Potter books but none of the film adaptions, earned the position of sole screenwriter and producer of the Fantastic Beasts series. Early on, she signaled that the prequel franchise would cover the conflict between the noble wizard Albus Dumbledore and his Hitler-esque enemy Gellert Grindelwald. The prospect excited fans: After the original Harry Potter series was published, Rowling told fans that Dumbledore and Grindelwald were in love as teenagers. Many critics had taken issue with Rowling’s refusal to include Dumebldore and Grindelwald’s relationship in the text itself but rather announce that Dumbledore was gay ex post facto. They believed she was trying to claim the mantel of liberalism without alienating more conservative fans.

The pattern continued in the summer of 2016 with the release of another chapter in the Harry Potter saga, the play Harry Potter and the Cursed Child. The production of that screenplay heavily implied an attraction between Harry’s son Albus and Malfoy’s son Scorpius, but the possible romantic link never manifests in a relationship or even a kiss. Instead the two boys find themselves—seemingly reluctantly, in the version I saw onstage—in straight relationships in the very last minutes of the play. Again, fans expressed their disappointment, accusing the Harry Potter universe of queerbaiting its audience. Once more, those same fans were disheartened by the two entries in the Fantastic Beasts franchise that have debuted so far. Crimes of Grindelwald, especially, subtly advertised itself as revolutionary—the first major film franchise with a gay protagonist. But no character utters a word about Dumbledore’s love life in the script.

Depp remains cast despite allegations against him 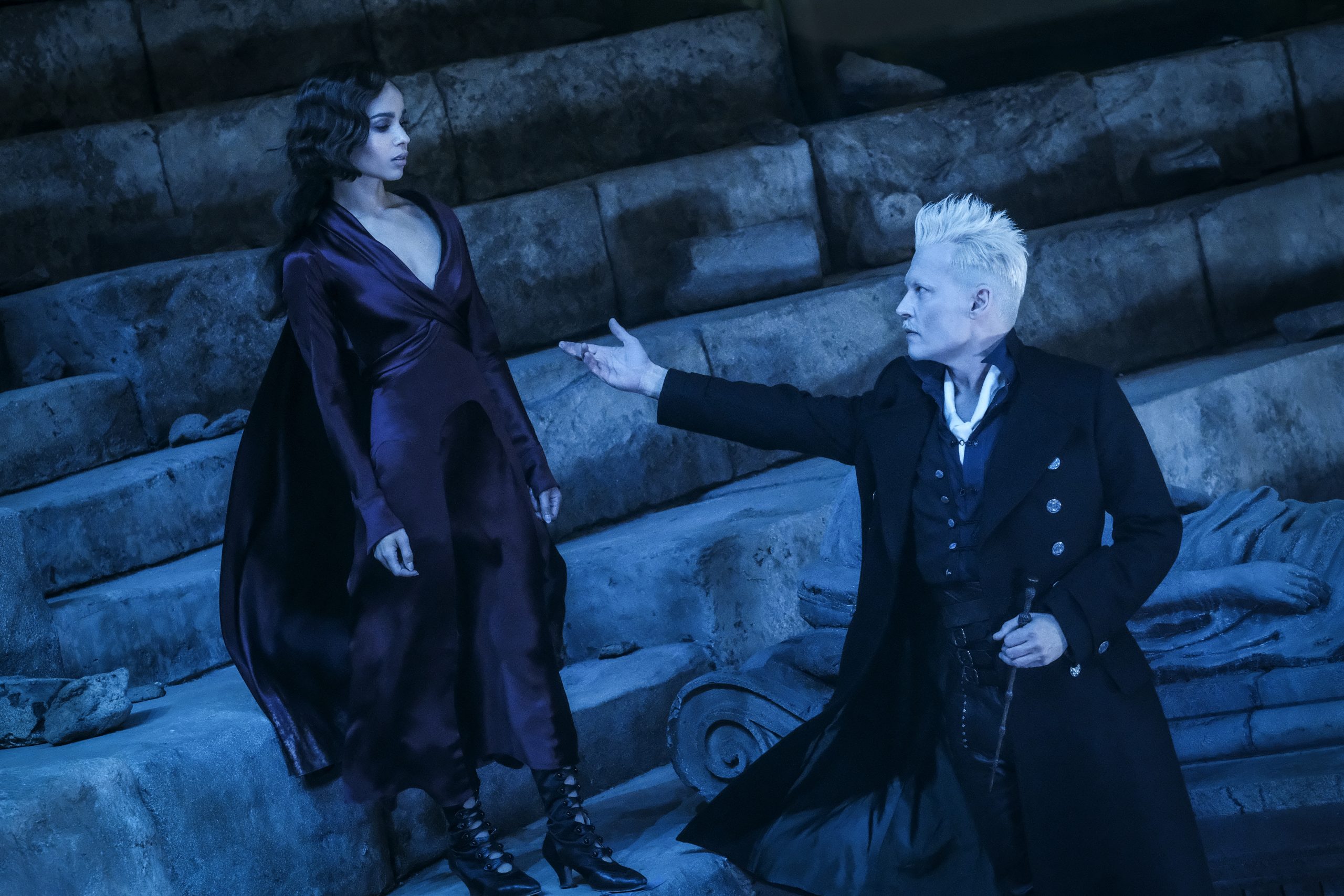 Zoë Kravitz and Johnny Depp in Fantastic Beasts: The Crimes of Grindelwald

Of course, the problems were compounded by Depp’s casting. Heard levied her accusations against Depp in 2016 when she filed for divorce from the actor and then filed for a restraining order. Depp appeared as Grindelwald for a few minutes at the end of 2016’s Fantastic Beasts and Where to Find Them, but could easily have been recast by the time the 2018 sequel, Crimes of Grindelwald, began production. (Some tomfoolery involving polyjuice potion actually offered Rowling an easy way to transform Grindelwald’s appearance in future films.)

But in 2017, Rowling defended Depp’s casting in the role, implying that she knew information about Heard’s allegations that the public did not. She wrote she could not share those details because of “agreements that have been put in place to protect the privacy of the two people.” She added: “Based on our understanding of the circumstances, the filmmakers and I are not only comfortable sticking with our original casting, but genuinely happy to have Johnny playing a major character in the movies.” Overall, the defense reads like a “he said, she said” dismissal of the events.

In an interview with Entertainment Weekly, Crimes of Grindelwald director David Yates dismissed Heard’s claims as “one person who took a pop at [Depp] and claimed something…Whatever accusation was out there doesn’t tally with the kind of human being I’ve been working with.” Remember, this was in November of 2017, the absolute height of the #MeToo movement. Ashley Judd, Rose McGowan, Gwyneth Paltrow, Angelina Jolie and dozens more women came forward with accusations of harassment, assault and rape against powerful producer Harvey Weinstein just weeks prior. Weinstein’s downfall led to a cascade of revelations of abuse in Hollywood. And studios were responding: A day before Rowling put out her statement defending Depp, the trailer dropped for All the Money in the World, a movie that reshot in order to entirely cut out its star Kevin Spacey, following allegations of assault, and replace him with Christopher Plummer.

Even then, many balked at Rowling’s defense of Depp. News outlets labeled these defenses “truly gross,” and a “betrayal” of millions of fans. The Sun published the column Depp eventually sued over in April of 2018. It was titled “Gone Potty: How Can J.K. Rowling Be ‘Genuinely Happy’ Casting Wife Beater Johnny Depp in the New Fantastic Beasts Film?” and urged Rowling to use her power to push Depp out of the role.

The lurid details of the alleged abuse were aired in the libel case against The Sun over the summer.

Any media-literate outside observer could have told Warner Bros. that removing Depp was inevitable. And yet he made two movies for the franchise and was set to star in three more before this week’s ruling. 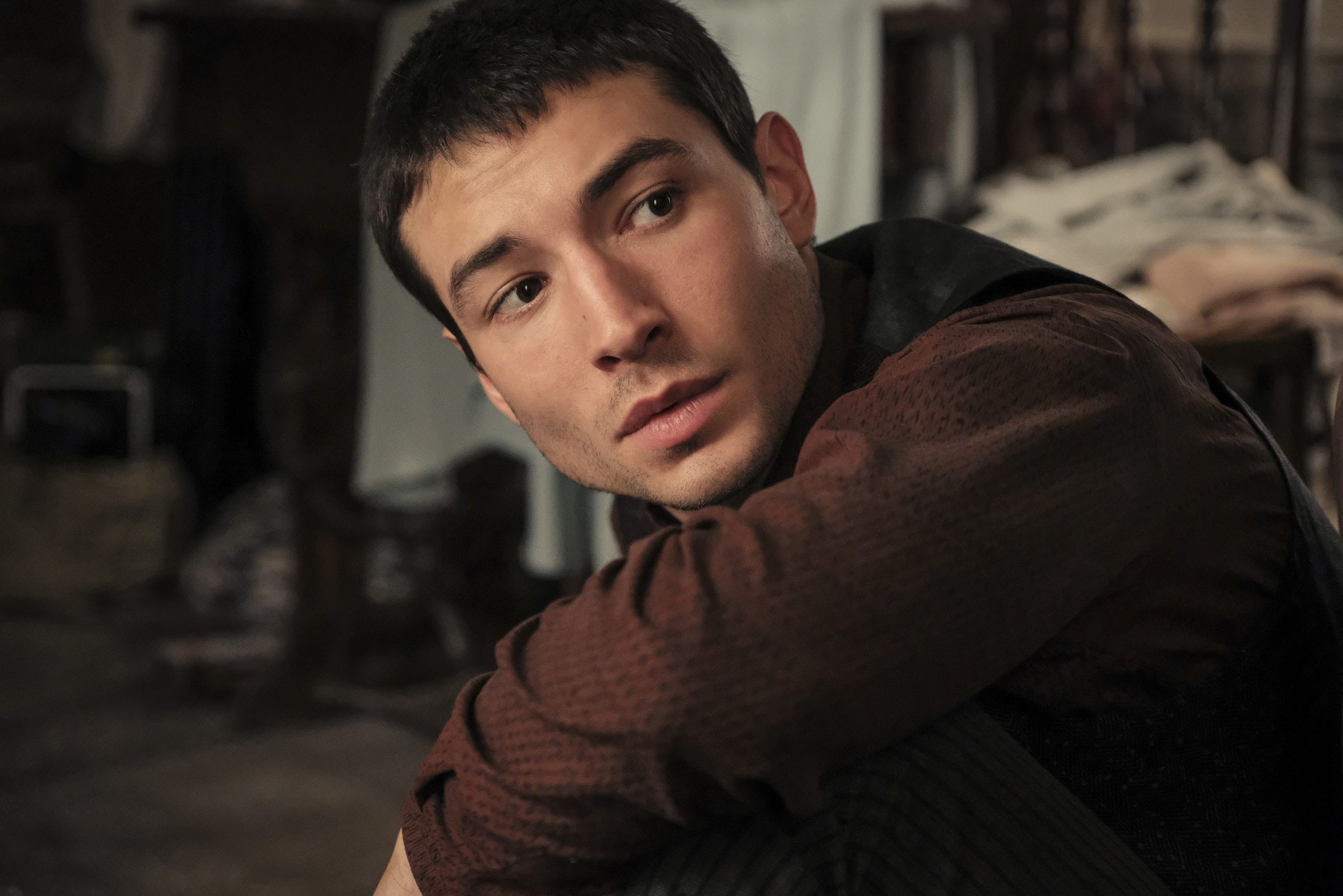 Ezra Miller in Fantastic Beasts: The Crimes of Grindelwald

Warner Bros.’ long refusal to deal with the Depp allegations presaged their lack of action after a disturbing video of Miller went viral in April. The clip appears to show Miller choking a woman and throwing her to the ground n a bar in Iceland. At the time, Variety spoke to someone at the bar who confirmed Miller’s identity in the video. But in light of other news that has since emerged, the incident has largely faded from the conversation.

One of the debates that has overtaken the Miller news centered on Rowling herself. Earlier this year, Rowling hinted several times at anti-trans sentiment before eventually dropping a 3,700-word essay that made her position clear: “I refuse to bow down to a movement that I believe is doing demonstrable harm in seeking to erode ‘woman’ as a political and biological class and offering cover to predators.” She implied that trans people are confused about their identity and even engaged with the unsupported and fear-mongering theory that opening women’s bathrooms to trans women would lead to an uptick in assaults. Rowling went on to publish a book this fall that included a character that was offensive to trans and non-binary people.

Many Harry Potter fans believe Rowling has betrayed the values she long espoused. Millennials and Gen-Zers were weaned on the tale of how Harry Potter conquered hate with love, bigotry with acceptance. Her most loyal readers used these stories as a guidebook for how to resist hate, racism and xenophobia in their own lives. They carried her works as a symbol of the resistance. To have the women who taught them those values then advocate for curtailing the rights of trans people broke the hearts of some of her most fervent fans.

The backlash was swift and loud. Many Harry Potter fans are simply writing J.K. Rowling out of the narrative. “I don’t want to give J.K. Rowling the satisfaction of taking away from me something that I loved as a kid,” one fan told the New York Times this summer. Now even the most mild Rowling-adjacent events, like London’s Natural History Museum announcing an exhibition on the Fantastic Beasts from Rowling’s imagination, draw ire on Twitter.

The franchise was going to lose fans anyway: The last installment got terrible reviews. But with the ghost of Depp haunting the movies, Rowling still at the helm and Miller in place as the franchise’s emerging star, it’s difficult to imagine a scenario in which Harry Potter’s most devoted fans want to continue to give money to this franchise. The Fantastic Beasts team has yet to prove that they care deeply about the message of Rowling’s original message, so precious to her fans, that empathy is the most powerful force in the world. It’s time for those associated with this movie to demonstrate empathy—to victims of abuse, to trans and nonbinary folks, to the fans that are desperate for hope and kindness.

Write to Eliana Dockterman at

What a San Francisco vote says about the US left