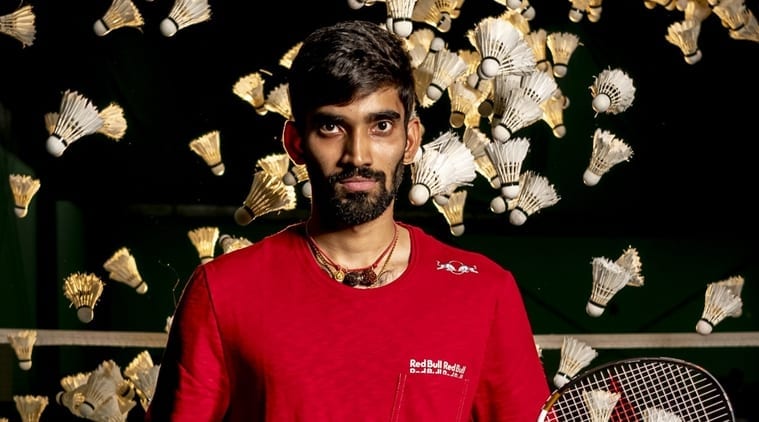 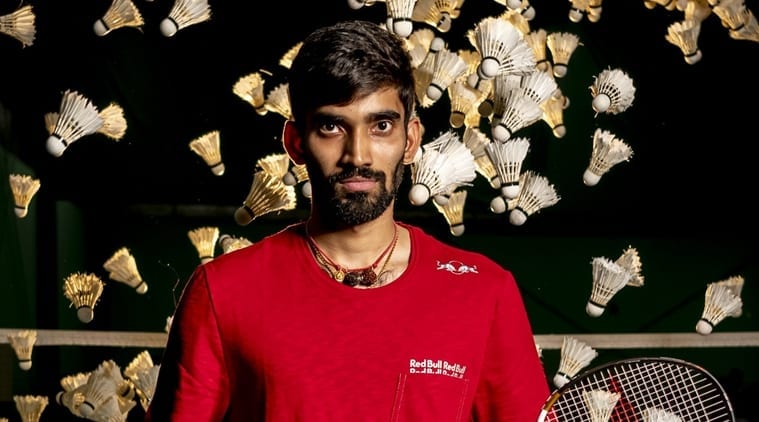 Kidambi Srikanth is awaiting the go-ahead from the state government for the reopening of the camp which might face another judicious delay as Telangana mulls over a cautionary lockdown. (Source: Twitter/@srikidambi)

There was some light visible, at the end of this three-month-long tunnel for the country’s star badminton players. A national camp was scheduled for July 1 in Hyderabad. That was the plan, until cases in Telangana started to spike, and the state might now consider re-imposing another lockdown – effectively rendering the camp unlikely. It’s a decision that has kept world no 14 Kidambi Srikanth rooted to his home in Guntur for the time being.

“We’re all here in Guntur at the moment,” said Srikanth’s older brother and fellow-shuttler K Nandagopal. “At the moment we’re waiting to see what the state government decides, if there is going to be a lockdown for a few weeks. Once things are cleared, then we can head to Hyderabad for the camp.”

Staying home keeps the 27-year-old Srikanth away from the grind of the sport for just a while longer. But being home in Guntur, with his parents, doesn’t mean he’s free to abandon his chores.

And so, when the situation demands, Srikanth puts on his mask and steps outside to purchase groceries. He gets in the queue, puts on the sanitizer, patiently waits for the thermal scan, and then carries on to load the shopping cart. Throughout the exercise, he feels a degree of freedom. With a mask on, nobody recognises him.

“When you go out and people recognise you, you are cautious about what all you do. Now nobody can recognise me, so I feel relaxed and free,” he said.

At home, ever since the lockdown was imposed in March, Srikanth hasn’t managed to maintain the physical prowess needed to compete at the highest level of the game.

“In the last 20 years that I’ve been playing, I’ve never once trained at home because it was all done on court or at the gym,” he said last month. “And now that I’m here at home, I look around at all the stuff, there is nothing that is related to fitness. It was hard to plan things for a fitness routine. I’m still trying to figure it out.

“All I have is a set of dumbbells which I managed to get from a local store and a few resistance bands, and I train for an hour-and-a-half daily. If I was 80 percent fit before the lockdown started, I’m sure I’m about 40 percent now. The kind of training I used to do before the lockdown, it’s something I cannot match if at home. There’s no space to run, there’s no court.”

READ | ‘Lockdown has made it tough for players to returnto full form’: Gopichand

The scarring from this phase of lockdown, however, does not just involve the physical aspect. An underlying fear has developed about competing at the international level since the sport is played indoors. But it’s not just that. Everything to do with competing in badminton internationally revolves around residing in a confined environment filled with unknown elements.

“When you’re indoor, if there is someone who has the virus, there can be trouble because the air is not circulating. For international competitions, the first thing is I have to go to an airport, then the plane, then the destination airport, which are all indoor,” he explained. “Then I’m staying at a hotel, and I don’t know if the previous occupant’s condition or if the room was properly sanitised… So there are many things included in it. It’s all going to be very risky.” 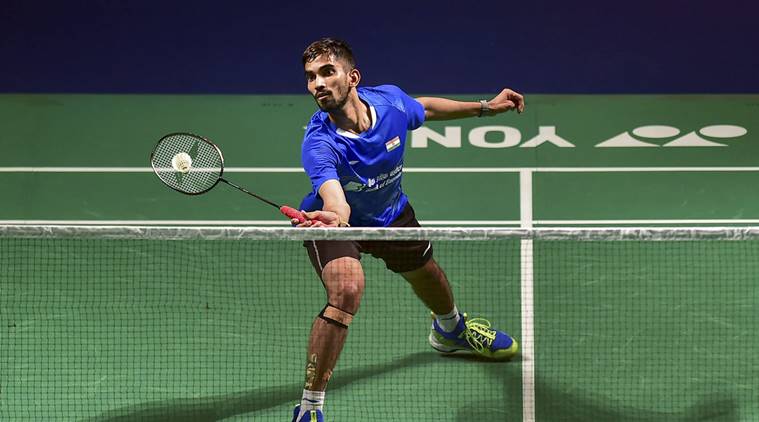 The lockdown Kidambi Srikanth does not resemble the one who became only the second Indian men’s singles player to become world no. 1. After all, he’s not in the same physical shape that he used to be. (Source: PTI Photo)

At the moment, the Badminton World Federation has announced the circuit will resume in September with the Taipei Open. But the only thing Srikanth has clarity on at the time being is what he needs to do once training facilities are opened. He has to will his mind to restart the hard work. Most importantly, he has to take it slow.

“When you aren’t doing much for three months, it’s difficult to start,” he said. “And when things do start, you have to take it gradually. You can’t go full throttle because the body might not be able to take it and you can get injured. It’ll take maybe 10 days or so to just get used to the work. Only once that’s done can you start the proper training.”

It’s because of the lack of training that he describes the rescheduling of the Tokyo Olympics to 2021 as something that he cannot benefit from. In the last few months that the badminton circuit was active, Srikanth had been going through a rough patch. In the five knockout events he has competed in so far this year, he’s made it to the second round just once, beating compatriot Subhankar Dey in a tight 23-21, 21-18 opening round clash at the Super 300 event in Barcelona.

By late February however, his movement on court had started to improve, and it brought with it the promise of a return to form. He had taken a few steps forward, but that’s when the lockdown kicked-in, sending him a few hundred steps back.

“In the last three months, if I had the chance to train, I’d definitely say that postponing the Olympics was beneficial for me. But now I will need time to get back, it’s not exactly a beneficial thing for me,” Srikanth said. “In February, I was starting to do well. I could feel my body reacting well, I could train at my best. But now with this break, I have to start slow, and then by the time I’m back to 100 percent, it’ll be January 2021. So I’m back to the same situation. Now I’m down to 40 percent. I have to work hard to get back to 80, then harder to get to 100. So in a way, there hasn’t been much difference.”

Still, the lockdown hasn’t been all gloom for him. For it has given him that one thing he has never managed to do for more than two weeks at a stretch, in the last 10 years – spend time at home.

“Home is where you truly unwind, not work (which explains the lack of training equipment). My mom is also enjoying feeding me, so I might be the only one to admit it, but I’m enjoying the lockdown.” he added lightly.

He’s had a good fill, of the home food, the rest and relaxation, and just spend some time away from the grind. But he finds that he’s come to a point where he’s started to miss what he does best. And he’s already started to prepare himself mentally for the return, to make sure that when the sport is set to resume, he will be ready to embrace it.