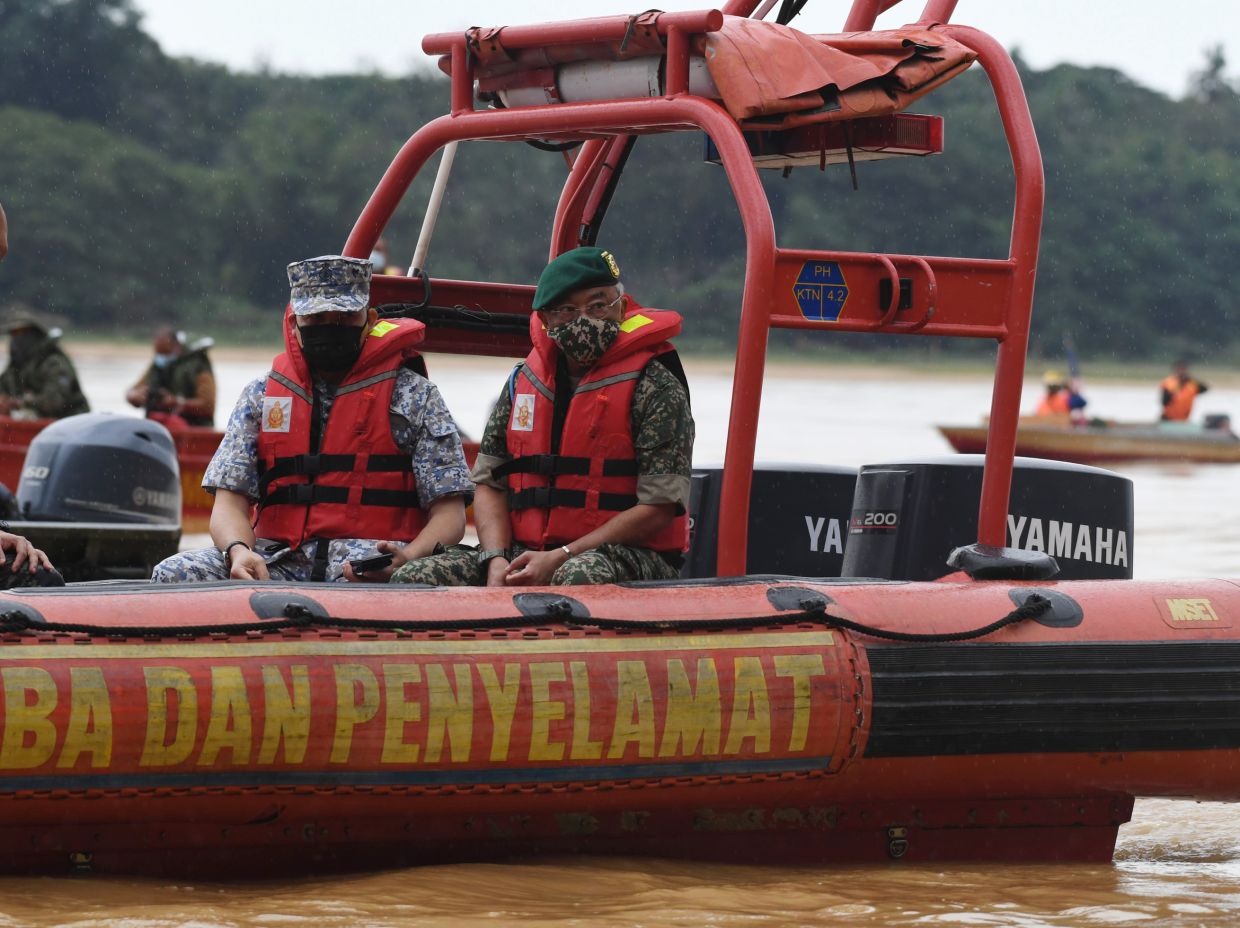 Al-Sultan Abdullah, who donned an army uniform, boarded a boat prepared by the Pahang Fire and Rescue Department (JBPM) at 4.40pm when it started to drizzle, before turning heavy about 10 minutes later.

Army chief General Tan Sri Zamrose Mohd Zain and Pahang JBPM director Wan Mohammad Zaidi Wan Isa also joined in the operation to look for Lance Corporal Mohamad Azrin Mohamad Isa, which lasted for about half an hour before it had to be postponed due to the weather conditions.

Al-Sultan Abdullah had arrived at the search and rescue location at 3.45pm, where he was briefed by Wan Mohammad Zaidi about the operation which had entered its third day today.

The king also spent some time in conversation with the victim’s wife, Nur Aqila Syafiqa Safuan, 23, who arrived at the location at around 5pm.

Mohamad Azrin, 25, a member of the Pathfinder Company who hails from Sungai Petani, Kedah, was undergoing a tactical training phase crossing Sungai Pahang from Kampung Batu Bor to Kampung Bohor Baru when he went missing at 4.40pm on Sunday.

The Para Predator is a large-scale two-week military exercise that began on Aug 24, aiming to boost the army’s competency, as well as to educate and share knowledge about the military’s role in terms of security.

Meanwhile, Wan Mohammad Zaidi said the search and rescue operation, which continued today, involved 116 officers and members from various security forces, with the search area extended to seven kilometres from the site the victim was last seen.

“Today’s search also involved two JBPM tracking dogs brought in from Kuala Lumpur to assist the Water Rescue Team (PPDA) from Temerloh, Pekan and Kuantan. The unpredictable weather is a major challenge, apart from the fact that although the river looks calm, the current below is strong,” he said. – Bernama