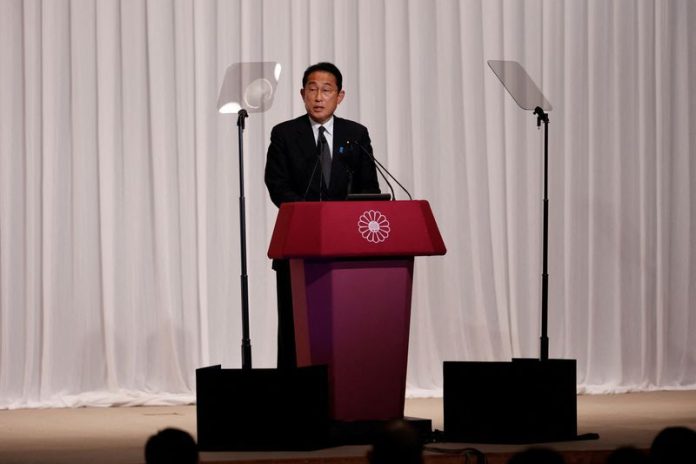 TOKYO (Reuters) – Support for the federal government of Japanese Prime Minister Fumio Kishida edged up within the wake of his ruling social gathering’s election win, but hurdles stay for key elements of his agenda, together with constitutional revision, in accordance with opinion polls.

Kishida’s ruling Liberal Democratic Party (LDP) elevated its seats held within the higher home of parliament in Sunday’s election, and maintained a majority with its conservative coalition within the ballot, performed two days after former prime minister Shinzo Abe was killed at a marketing campaign rally.

Support for Kishida’s authorities rose to 65% in a ballot by the Yomiuri Shimbun, up 8 factors from a late June survey, whereas a distinct ballot by Kyodo News Agency pegged support at 63.2%, up 6.3 factors.

Both polls had been performed on Monday and Tuesday.

A overwhelming majority of voters polled by the Yomiuri, 79%, need Kishida to remain in workplace for at the least two years, or across the time of the subsequent election for president of the LDP, who by advantage of his social gathering’s majority turns into prime minister.

Of that, 27% needed him as prime minister for “so long as attainable.”

But this support does not essentially translate into support for Kishida’s agenda, together with revising the pacifist structure – one thing that Abe had needed to do.

Only 37% of voters polled by Kyodo thought the difficulty needs to be dealt with “speedily,” whereas 58.4% believed there isn’t any want for haste.

Dear Thelma: My daughter has turned against me, but my hubby won’t get involved

Bidding farewell to ‘Vital Signs’: Final thoughts from our columnist