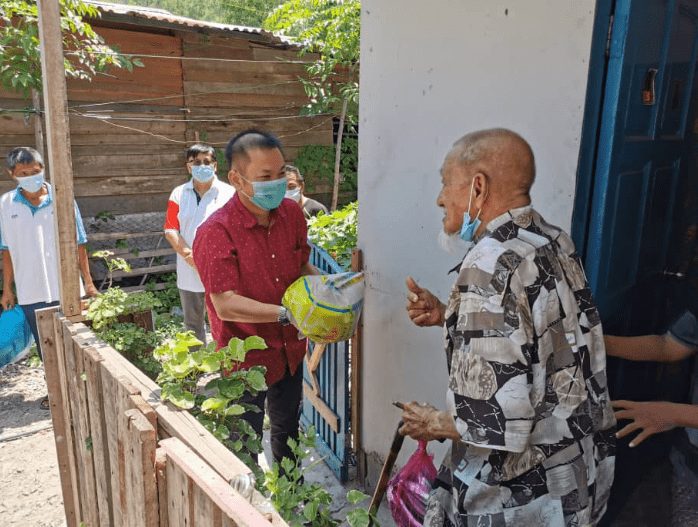 So far, his office has spent more than RM50,000, and that the source of funding came from the Sabah State Government’s allocation to MPs which was duly received by his office on Monday.

Additionally, he said the MP’s office had also distributed food aid packages to households at Kg. Bukit Bendera after receiving calls for help.

Apart from the above, Chan said his office had also handed over 1,000 packets of rice to the Dewan Bandaraya Kota Kinabalu (DBKK) to be distributed amongst their frontline personnel.

“The frontline staff of DBKK such as enforcement team, cleaners, sterilizing workers at markets and the frontliners involved in the fight against the Covid-19 pandemic, they are not high-paying nor high-ranking officials. According to the mayor, these workers are daily wage earners of a mere RM44 per day. It is my intention to give a little reward and recognize the labour of these workers,” he said.

Chan emphasized that distribution of food aid in Sabah is led by the State Government.

Chan also took the opportunity to wish all Muslim friends in Kota Kinabalu a safe month of Ramadan and a happy fasting.

He said that there were still plans in preparation, and that assistance to the people would continue to come one after another whenever there is a need.