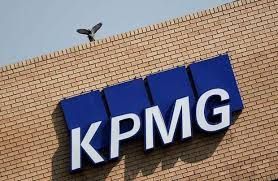 LONDON (Bloomberg) — The UK’s accounting watchdog filed a disciplinary complaint against KPMG LLP, a former partner and current and former employees of the accounting firm over past audits of two UK companies.

KPMG and the individuals cited provided “false and misleading information” and documents to the Financial Reporting Council during its review of two KPMG audits, the regulator said in a statement. One was a 2016 audit of now defunct contractor Carillion Plc and the second a 2014 audit of Regenersis Plc, the regulator said.

KPMG said the firm took the matter “extremely seriously” and had alerted the regulator itself when it discovered the issues in 2018 and 2019. The people involved were suspended, it said.

“The allegations in the formal complaint would, if proven, represent very serious breaches of our processes and values,” the accounting firm said. “We have cooperated fully with our regulator throughout their investigation.”

KPMG is under increasing pressure in the UK where the Big Four firm just last month was fined 13 million pounds (US$17.9 million) and was severely reprimanded for its advisory work on the sale of Silentnight Holdings Plc to US private equity firm HIG Capital.

The individuals implicated in Wednesday’s announcement include the engagement partners for the Carillion and Regenersis audits. The complaint doesn’t suggest the audits were wrongly done or financial statements weren’t properly prepared, the FRC said. The 2016 audit of Carillion’s financial statements is being probed in separate investigations.

A disciplinary tribunal has been scheduled to review the case. This hearing is scheduled to start on Jan. 10.

Carillion fell into liquidation in 2018 after the UK government refused to bail it out, costing almost 3,000 jobs and leaving 30,000 suppliers and subcontractors with 2 billion pounds in unpaid bills. It was one of the biggest corporate casualties in British history.

Last year, Carillion’s administrators told a London court it was preparing to lodge a 250 million-pound negligence lawsuit against KPMG over its auditing of the defunct contractor’s accounts.

The administrators lost a bid to get key documents to prepare for the suit at a hearing last year.

Inside Mental Health Care For Families Separated at the Border

Ahmad Maslan: Issue of supreme council’s validity does not arise