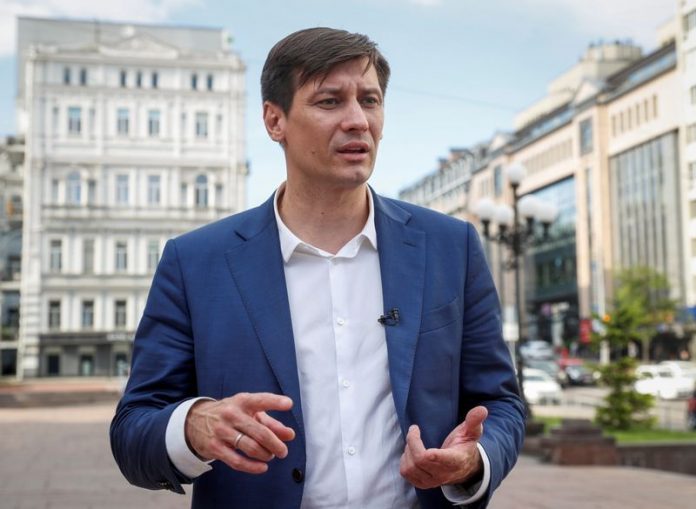 KYIV (Reuters) -Russian opposition politician Dmitry Gudkov said on Monday his decision to leave Russia was a temporary and tactical retreat because he could no longer practice politics effectively due to unprecedented pressure from the authorities.

Gudkov, who was held in custody for two days last week in a case he said was fabricated, said on Sunday he had left Russia after receiving warnings from people close to the Kremlin that he would be arrested if he remained in the country.

Gudkov, who sat in Russia’s lower house of parliament until 2016, had hoped to run for a seat again in September but said the pressure on him and his family from the authorities had made it impossible to pursue politics inside Russia for now.

“I want to return to Russia. This is some sort of a temporary retreat, to gather up strength and move on… into the battle,” he told Reuters in an interview after his arrival in Kyiv.

“If I did not leave, they would have started repression against me and my whole family. They gave me very little time,” he said.

“I thought I am not ready to sacrifice the lives and health of my relatives and friends, and allies for the sake of some hypothetical rise to power in 2024,” he said, referring to the next Russian presidential election.

The Kremlin says that legal cases against Gudkov and other opposition figures ahead of this year’s parliamentary election are not connected to politics.

A number of activists critical of the Kremlin have been put under house arrest, fled the country or been jailed on charges they say are politically motivated.

He has accused the Kremlin of cracking down on the opposition to make it impossible for independent candidates to run in this year’s parliamentary election. The Kremlin has denied trying to clear the field of political opponents.

Gudkov told Ukrainian television on Monday that he would join his parents in Bulgaria after completing previously scheduled engagements in Kyiv.

Gudkov’s father Gennady is a former politician and Kremlin critic who relocated to the Bulgarian port city of Varna in 2019 as a precaution.

Gudkov said he wanted to return to Russia but could not say when. “It is indeed unprecedented pressure,” he told Reuters. “It is not clear how the situation will develop after the election, from which almost all the prominent critics of the regime have been barred.”