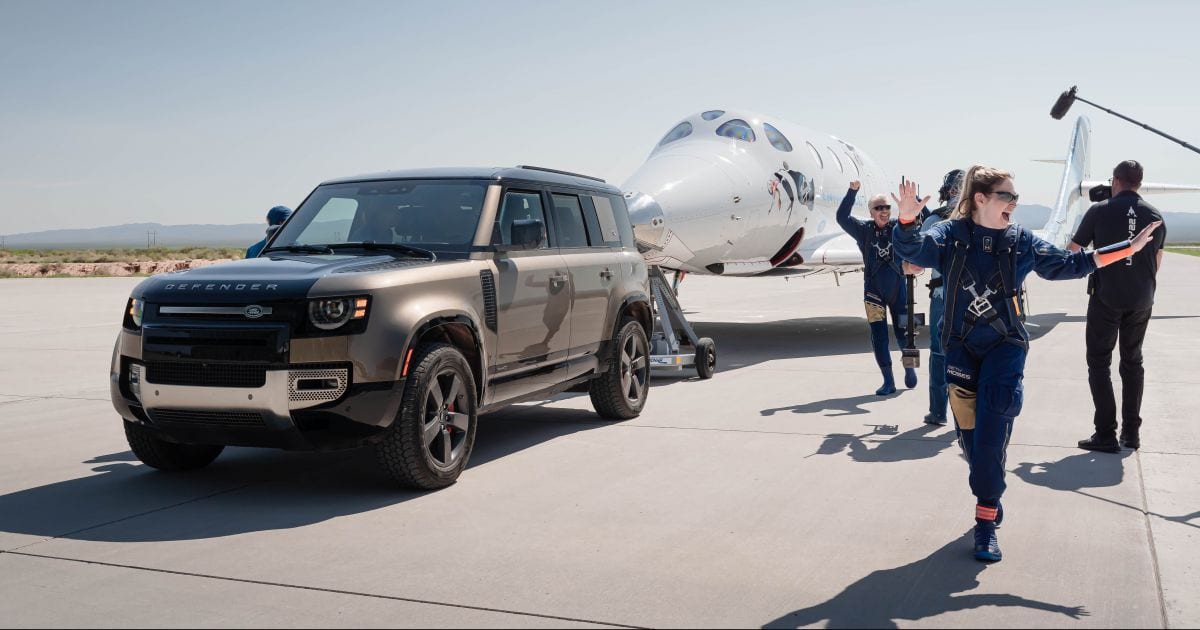 In case you hadn’t heard, Sir Richard Branson and a few others made it to suborbital space over the weekend, albeit for just a few minutes. The mission was part of Virgin Galactic’s plan to start offering tourism trips starting next year, and you can watch the video below that chronicled the maiden commercial flight.

Part of the grand spectacle was Land Rover, which fielded the Range Rover Astronaut Edition that was first unveiled back in 2019. It was created by Land Rover SV Bespoke and offered exclusively to Virgin Galactic Future Astronaut customers. The new Land Rover Defender 110 was also deployed to tow the spacecraft upon landing.

Virgin Galactic chief customer officer, Stephen Attenborough said: “Land Rover has been by our side, on our side and part of our daily lives at Virgin Galactic since 2014. It was completely fitting that these capable, luxurious and iconic vehicles played a central part in today’s historic events. As we look ahead to the start of a full commercial service, we couldn’t be more delighted to know that Land Rover will be going Above and Beyond, as together we open space to change the world for good.” JLR North America CEO Joe Eberhardt said: “This is an incredible technical and human achievement for the Virgin Galactic team as they took personal adventure to thrilling new heights. Land Rover is proud to have supported this exciting mission and we look forward to supporting all the flights into the future.”

Virgin Galactic is the world’s first commercial ‘spaceline’. Currently, it has already signed up around 600 Future Astronaut customers, who will be transported to their flights in vehicles supplied by Land Rover. The cost per seat is said to be around US$300,000, or about RM1.25 million. Fancy a trip to space?

Covid-19: Infectivity rate below 1 for the past two days, says Health DG