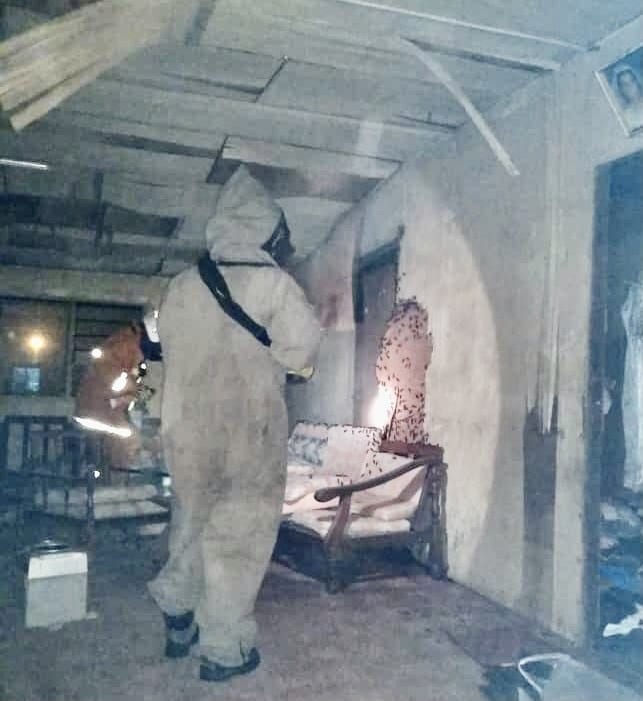 LAWAS, Dec 7: Firefighters were called to a house in Kampung Long Tukun to remove a bees nest as huge as 8ft x 4ft that had formed on the wall in the living room.

Lawas fire station received a call from the house owner at 6.34pm today. A team of firefighters immediately proceed to the village, a journey of about 30km away from their station.

Upon arrival, they saw large swarms of bees had gathered not only on the wall, but inside as well.

It was understood that the bees have made its nest for quite sometime inside the two-inch thick plywood wall.

Seven cans of insect repellent were used to spray the bees before firefighters could destroy the nest. — DayakDaily